There are now 70% of eligible people in the state vaccinated. In the Capital Region, it’s closer to 75%.

To mark the occasion, there will be fireworks all across the state Tuesday evening at 9:15.

One of the places will be the Empire State Plaza in Albany.

Reaching 70% of adults with one dose means any of the mandates that were still in place are now lifted, including health screening, capacity restrictions and social distancing. 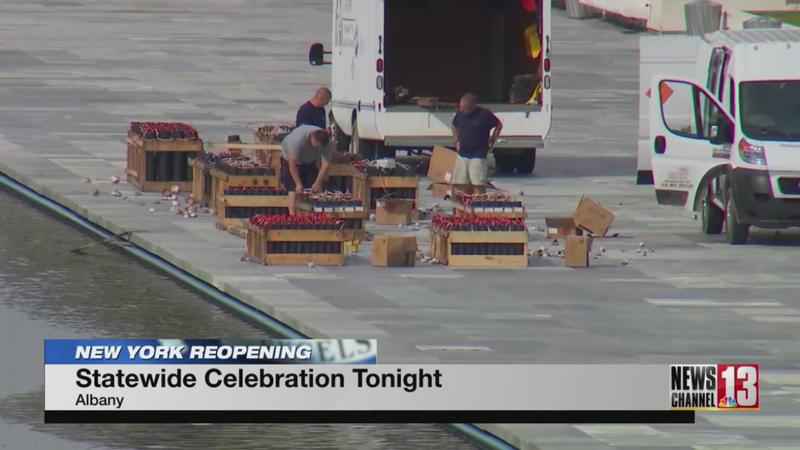 Many of the business owners that NewsChannel 13 has been speaking to the past couple of weeks say they are excited to get back to focusing on their customers and their businesses rather than the mandates.

Gov. Cuomo says the fireworks shows are a thank you to the first responders and essential workers.

The shows will take place in 10 locations across the state.

In addition to the Empire State Plaza in Albany, there will be fireworks in Binghamton, Jones Beach, Lake Placid, New York City, Niagara Falls, Nyack, Rochester, Syracuse and Utica.

A number of landmarks across the state will also be lit up in blue and gold.

The governor says to remember June 15 as the day New York rose again.

Hear some of what he had to say upon reaching the milestone by watching the video of Emily Burkhard’s story.