Former Republican New York State Senator Betty Little says she was surprised when Gov. Cuomo resigned. She said she always had a good working relationship with the governor, and it’s a sad ending for him.

"The investigation was damaging, and I think that the support from his own party was not there. The biggest thing, I think, that brought him to resignation was his daughters, and he said that, and I actually was so sad listening to him talk about that, because that had to be a horrible realization," said Little.

Many lawmakers gave reaction Tuesday, saying the governor made the right decision to step down.
You can read more reactions to Gov. Cuomo’s resignation by clicking here. 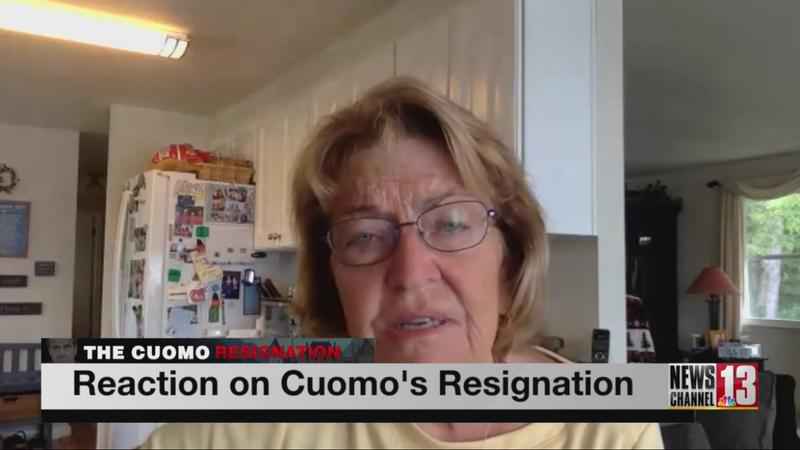