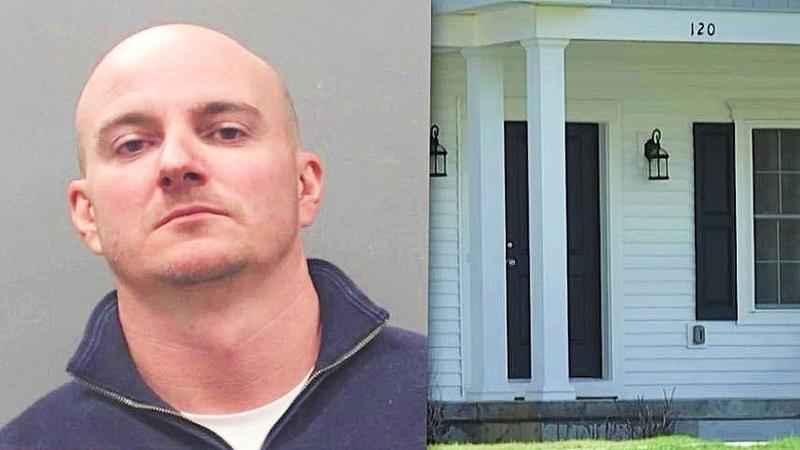 Jacob Klein, 40, of Wirtz, Virginia is charged with second-degree murder for the death of Philip Rabadi, 25, of New Scotland.[WNYT]

Friends of the man charged in the brutal murder of his ex-girlfriend’s husband in New Scotland, Albany County, were shocked when they heard about his arrest.

A friend of the accused killer exclusively reached out to NewsChannel 13’s Stella Porter to shed light on friends’ reaction to the news of his arrest for the killing.

Jacob Klein, 40, accused in the gruesome death of 35-year-old Philip Rabadi at his home on April 13.

His attorney, Manhattan-based Mark Bederow, entered a plea of not guilty to second-degree murder on behalf of his client at the arraignment last week.

Klein, whose middle name is Lawrence, is known as “Larry” to his close friends. One spoke to NewsChannel 13 on the condition of anonymity.

The friend says they, along with other friends, found the news so shocking, they thought the web article announcing his arrest was a Photoshop prank.

The sheriff’s office says the victim’s wife and Klein used to be in a relationship.

The victim and his wife, along with the alleged killer, are licensed physician assistants. Rabadi and his wife worked at St. Peter’s Hospital.

Klein’s friend says he never mentioned Rabadi’s wife after they broke up several years ago, and that he was more of a bachelor. The friend and Klein have grown apart in recent years, they said.

NewsChannel 13 is working to get court documents that could give more details on the question of why Klein allegedly murdered Rabadi.

Police say there is evidence he was in the Capital Region for days, stalking the victim before allegedly entering his home and stabbing and killing him.

Klein was pulled over and arrested at the Tennessee-Virginia border, a few hours from his home in Virginia, two days after the murder.