GLOVERSVILLE – April Morey is worried about her son.

Devyn Sleezer is in the Fulton County Jail, where his family says he’s serving time for criminal mischief. His fiancé says when she talked to him on Thanksgiving, he was covering his face.

"And I was asking him why he was acting weird, and he goes ‘Because I’m hiding something,’ and he pulled up the thing and showed it and his eyebrow was shaved, and I was like ‘Who did that?,’" said Cheyenne Baird. 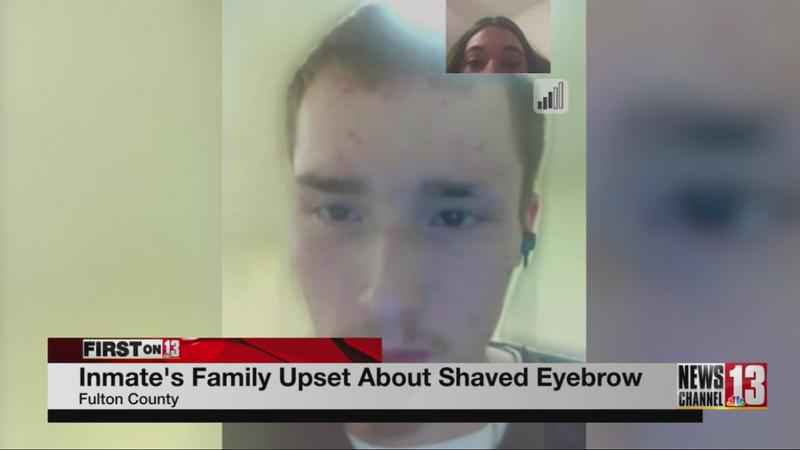 Three correction officers were arrested Monday and charged with unlawful imprisonment and harassment for allegedly holding Sleezer down and shaving off part of his eyebrow. Authorities say two inmates were also involved.

"I’m very surprised that they did something," said Baird. "I didn’t think something was going to get done, but they actually did do the best thing."

Fulton County Sheriff Richard Giardino said in a statement that "the officers all had more than three years on the job and were competent, capable officers. In today’s environment this conduct is neither humorous nor acceptable. Maybe 10 years ago on a college campus with a voluntary pledge but not today and not in a Correctional facility where the Correction Officers take an oath to uphold the law."

"being bored on a slow day or being too familiar with the inmates may have added to the incident, but never the less doesn’t excuse or justify the conduct. Fortunately, the vast majority of our people are ethical, law abiding employees who take their oath seriously."

Sleezer’s family says he was recently put in "the box," or isolation.

"He said to his fiancé about wanting to sue them and the next morning, he was in ‘the box,’" said Morey.

They heard the officers were supposedly playing a joke, but Sleezer’s mother finds nothing funny about it.

"They’re supposed to uphold the law and do the right thing and protect my son, not make him feel unsafe."