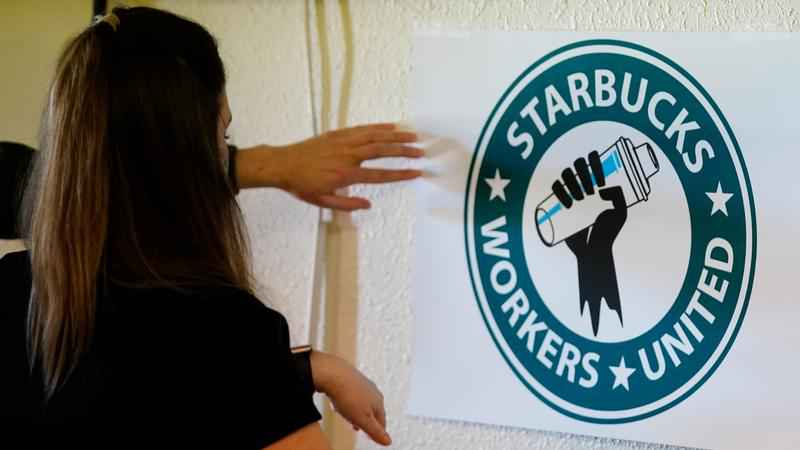 Michelle Eisen, a barista at the Buffalo, N.Y., Elmwood Starbucks location, helps out the local Starbucks Workers United, employees of a local Starbucks, as they gather at a local union hall to cast votes to unionize or not, on Feb. 16, 2022, in Mesa, Ariz.[AP Photo / Ross D. Franklin, File]

United States Senator Kirsten Gillibrand will be back home in the Capital Region, meeting with Starbucks workers in support of their efforts to form a union.

A week ago, the Stuyvesant Plaza Starbucks followed in their footsteps.

Sen. Gillibrand will be at the Crowne Plaza-Desmond Hotel in Colonie at 4 p.m.