GLOVERSVILLE — Captain Brandon Lehr never doubted that he would be back at work in the fire house.

"It’s a very surreal feeling. the whole time I was out, this was the one thing that kept me motivated to get better and get back here. Get back to my brothers and continue my life as normal," he said.

In June 2020, he and his girlfriend, Rachel Ortega, were seriously injured when their motorcycle was hit by an alleged drunken driver in Mayfield.

Lehr was so injured, he was unrecognizable.

"The fire chief who I’ve known for over 20 years was talking to me on the ground and kind of calming me down and asked me my name and I told him my name and he looked at me like what? He had no idea that it was me because of the facial injuries, yeah," said Lehr.

Since then, it’s been a long and grueling recovery and rehab for the couple, helped along by community support and fundraisers. 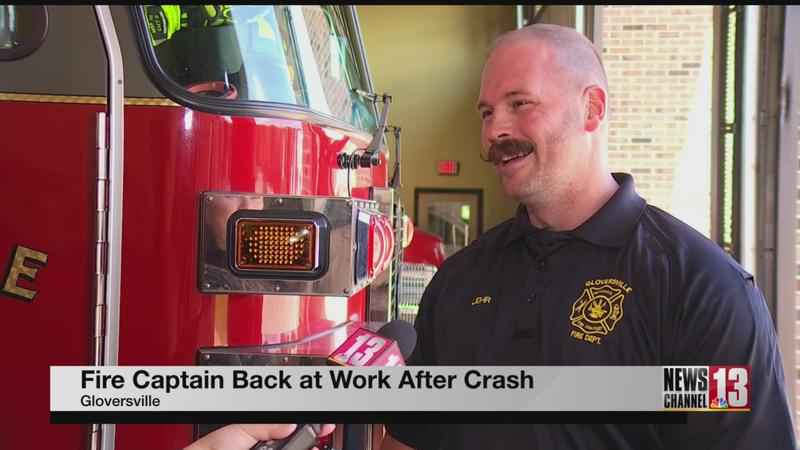 Lehr came back for good to Gloversville Fire last week.

Before that, he spent a month in First Line Supervisor Training with the FDNY.

"Training was actually really helpful for me. Not only did I get to go with a great group of guys, I also got to experience a lot of things I do on a day to day basis in a non emergency setting to help gain my confidence back, help me get my feet back under me," he said.

Rachel is back to work in healthcare.

From a time when some feared he wouldn’t survive, let alone walk, Lehr has come a long way. He passed a functional capacity test and a firefighter physical.

He’s been told he’s an inspiration.