Guilderland is debating over digital signs. The town board is considering whether to ban new ones from popping up.

Many people believe digital signs are no more distracting than any other sign on the side of the road. Others say because that because the text is constantly changing on digital billboards, drivers are more apt to read the entire message, which means that’s more time with their eyes off the road.

For anyone who has ever driven along Route 20 — Western Avenue — in Guilderland, you have no doubt seen the many signs on both sides of the road.

Most of the signs you see are stationary. The text never changes. However about 20% of the signs are digital. You’ll see them out in front of the firehouse, or at shopping centers, or even at the library. 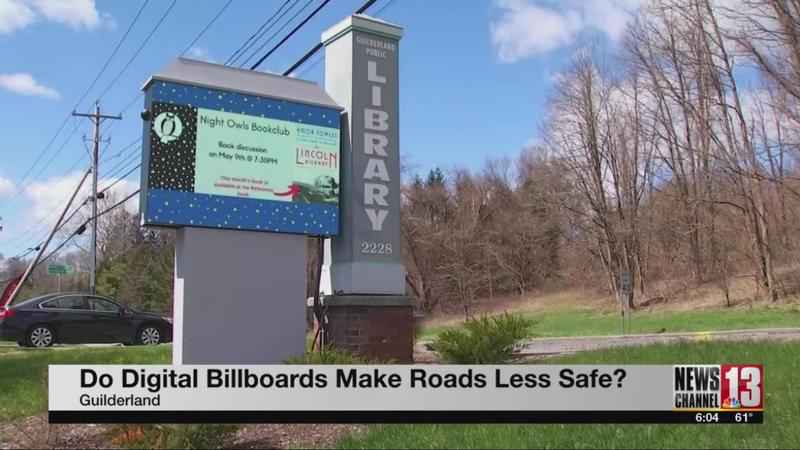 Earlier this month, the Guilderland Town Board decided to draft a local law that would ban new digital signs in the future. Those already standing would be grandfathered in.

There are many people in this town and others who believe there are already too many inattentive drivers on the road, and a further proliferation of digital signage would only make the roads even more unsafe than they already are.

Learn about which neighboring towns have already banned the signs by watching the video of Dan Levy’s story.