GREENPORT – A dark-colored SUV was last seen heading north on Route 9 after hitting a child on Halloween night.

"They could have just stopped, instead leaving a poor child there with a broken ankle on a night they’re supposed to be having fun and out having a good time," said Columbia County Sheriff David Bartlett.

Authorities say it was near Livingston Parkway and near the Plaza Diner on Halloween that a 4-year-old boy was hit while crossing Fairview with his mother.

The emergency call came in at around 6:45pm. 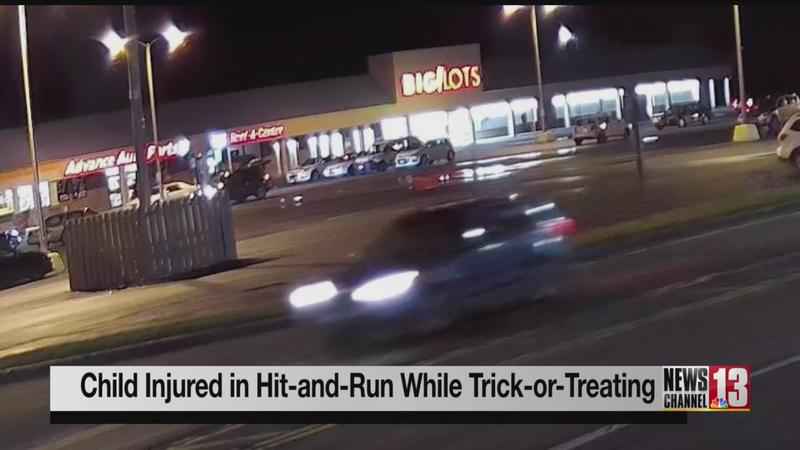 "It’s a little kid that’s out having fun," said Sheriff Bartlett. "It’s a shame the evening has to end like that. But we have been in touch with the family and the family did say they’re in good spirits."

The boy suffered a fractured ankle and cuts and bruises. He is now recovering at home.

This is a high-traffic area.

"Fairview Ave, there’s tons of traffic that goes up and down there," said Sheriff Bartlett. "That’s our major shopping areas, and restaurants, and so on and so forth here in Columbia County, and it’s extremely busy."

Investigators say they are not sure if there is damage to the vehicle or where on the vehicle that damage might be.

As they look through more surveillance video, they are looking for the public’s help.

"They’ve helped us solve a lot of cases," said Sheriff Bartlett. "Maybe somebody will come forward and say, hey, that looks like so-and-so’s car."

Investigators are going through video from local businesses. Anyone with information is asked to call the Columbia County Sheriff’s Department at (518) 828-3344.