Gov. Hochul is lifting the school mask mandate in New York effective Wednesday, March 2. She made the announcement Sunday afternoon, citing declining COVID-19 case numbers and the newest guidance from the CDC.

The CDC said Friday that masks were not necessary on school buses either.

The governor said the change would occur on Wednesday so that schools would have time to prepare after returning from winter break on Monday.

She added that local districts could still set their own mask policies, but there would no longer be a statewide mandate.

An organization of New York school superintendents said they welcomed this return to normalcy, but are looking for more clarification on what prompted the decision. 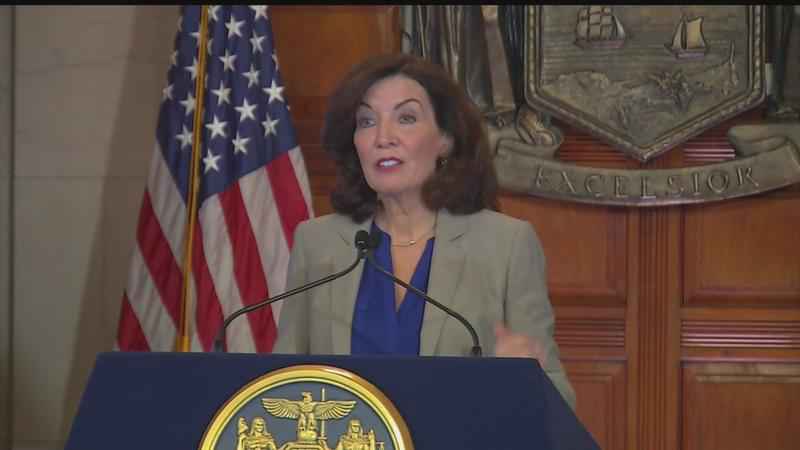 Hochul declined to give NewsChannel 13 a specific threshold that led her to drop the state mask requirement.

“We have said all along, there is not going to be one specific number, because it’s a combination of many factors,” she said.

Bob Lowry, the deputy director for advocacy, research and communications at the New York State Council of School Superintendents, said Sunday that member schools praised the decision as the light at the end of the tunnel.

“That light has been provided. So in that sense, what we were looking for has been accomplished,” he said.

But the organization has also called on the governor to point to when masks would be required or dropped.

“Before the state issued any guidance on this for the school year back in August, we recommended that the state spell out some metrics,” he said. “Metrics could be used in signaling to people things to be attentive to, and warning signs that masks might become necessary again, so that part isn’t clear at this point.”

The governor said Sunday that the CDC’s loosened requirements partly led to her decision. Under new CDC guidance issued Friday, 70% of New Yorkers are in an area of low to medium COVID transmission. She said this, combined with high vaccination rates, test kit availability and especially a significant drop in pediatric cases and hospitalizations, helped make the decision.

The governor also defended the decision to keep the mandate in place until now, despite pressure from schools and parents.

“If you saw that spike of cases we had, I’m really glad that we didn’t succumb to any of the political winds or the pressures or all of the factors that were out there,” she said.

New York’s Senate Republican Leader Rob Ortt said dropping the mask mandate did not go far enough. He is calling for a vote on his resolution to end the quote “unnecessary” state of emergency and “all Albany mandates.”