Just days before Kathy Hochul takes over as the 57th governor of New York state, she said COVID and schools are her number one priority.

The current lieutenant governor visited Louis Armstrong Elementary School in Queens on Wednesday morning, saying that with the delta variant surging, she’s already been having group meetings with superintendents from across the state, and teachers unions. They talked about safety precautions that should be in place as kids head back to the classroom in just a few weeks.

"There is a tremendous amount of anxiety among parents, teachers and administrators, who thought what we went through last year would be it, that there would be closure, that by the time the school year started in 2021 we’d be in a different place," said Hochul.

Masks in school shave been a controversial topic across the country, and right here in the Capital Region. Meetings have gotten heated in Guilderland, and also at Shenendehowa, with parents saying they do not want their kids to have to wear masks in schools.

Hochul suggested Wednesday that a mask mandate may be one of the first things she implements in five days. 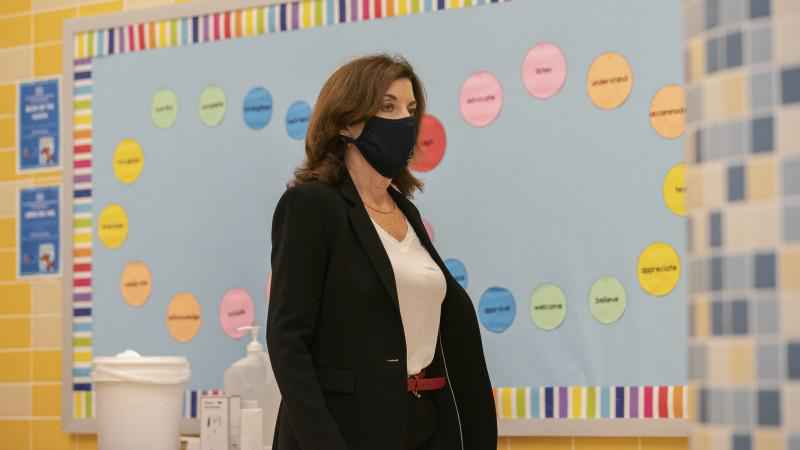 "I believe that we’ll need mask mandates for children to go back to schools and that will have to be universal, that will have to be statewide, and it is also something that was supported by 99% of the stakeholders on the call yesterday – probably 100," said Hochul. "I already addressed it a week ago and very clearly telegraphed with the phrase, the caveat I believe that we’ll need mask mandates. In a matter of days I’ll be able to say we will have mask mandates, I just don’t have that authority at this time, and I’m not going to overstep."