A report from the New York state inspector general outlines the failures of various state agencies regarding the domestic violence murder of a state employee.

Sarbjit Saran, 58, was murdered by her husband Bhupinder Saran in their Selkirk home in September 2020. Both husband and wife had been state employees for many years.

Over the course of several years, Sarbjit Saran had been a victim of domestic violence.

As it turns out, the Office of General Services and the Office of Information Technology knew about the family history of domestic violence because Sarbjit Saran had filed several complaints against her husband.

State Inspector General Lucy Lang began an investigation to find out who dropped the ball and why. She concluded that even though there are policies in place to protect state employees in the workplace, the state agencies involved in this case failed to follow their own protocols and guidelines. That’s why Lang says she wants to shine a light on this particular case — which she says fell on deaf ears — so that all state agencies can learn from the mistakes. 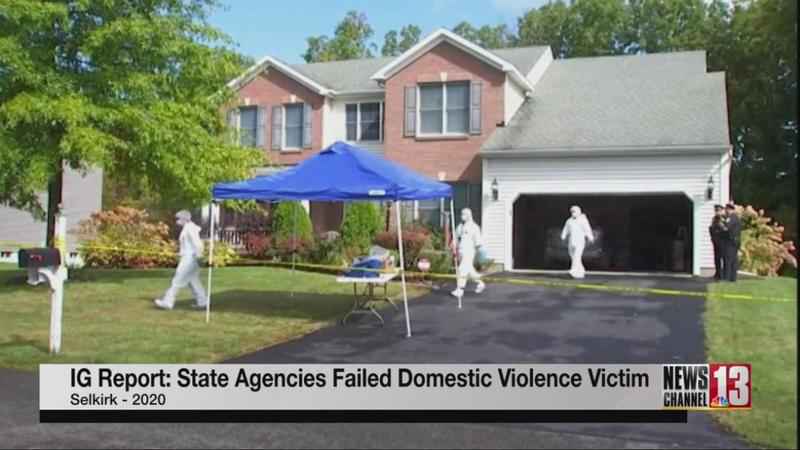 "While the facts of this ultimate tragedy are beyond the scope of our investigation, which assessed only the agencies’ compliance with their internal policies, it provides critical context for the complexities and the dangers of domestic violence," Lang said. "We will never know if any kind of intervention could’ve prevented this tragedy. But this is an opportunity to reflect on and improve the way that we respond to domestic violence in the future."

Learn more about how she hopes it will help in the future by watching the video of Dan Levy’s story.