GUILDERLAND – State police continue to investigate a deadly crash on the Thruway in Guilderland Tuesday morning.

Two people were killed in the crash – 26-year-old Courtney Mahar of Cobleskill – whose name was just released on Friday, and 33-year-old Brian Harper of Rotterdam.

Four other drivers were hurt, with one in critical condition at Albany Med.

The crash happened when an Amazon delivery truck failed to stop when traffic slowed down during Tuesday morning’s busy commute.

The driver of the Amazon truck was not hurt and was evaluated by state police. 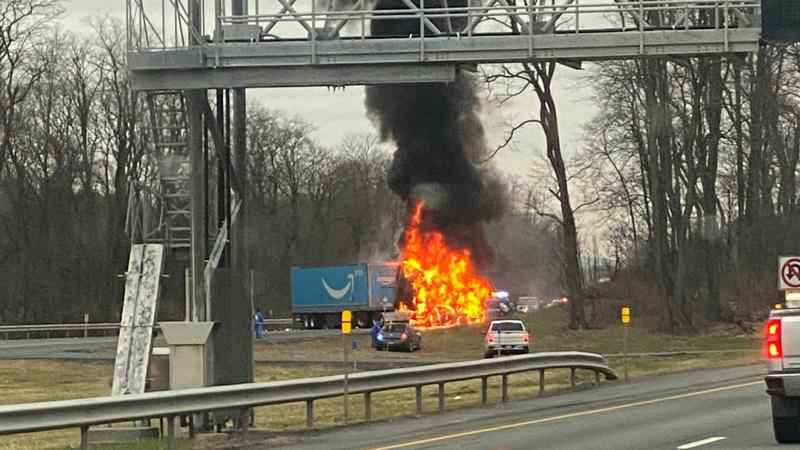 An Amazon truck is in flames after Tuesday's deadly crash on the Thruway in Guilderland.[Molly Elizabeth]

Investigators say impairment does not seem to be a contributing factor in the crash, and any possible charges are pending further investigation.