Three juveniles are facing charges after police say they were caught with a gun in a stolen car.

The Albany County sheriff says deputies tried to pull over the 15-year-old, 13-year-old and 12-year-old in the car that was reported stolen in Troy.

Police say the driver sideswiped a sheriff’s car, and eventually stopped on Ontario Street in Albany.

Five teens got out of the car and took off running. Three were caught.

Police searched the car and say they found a flare gun modified to shoot live ammunition. 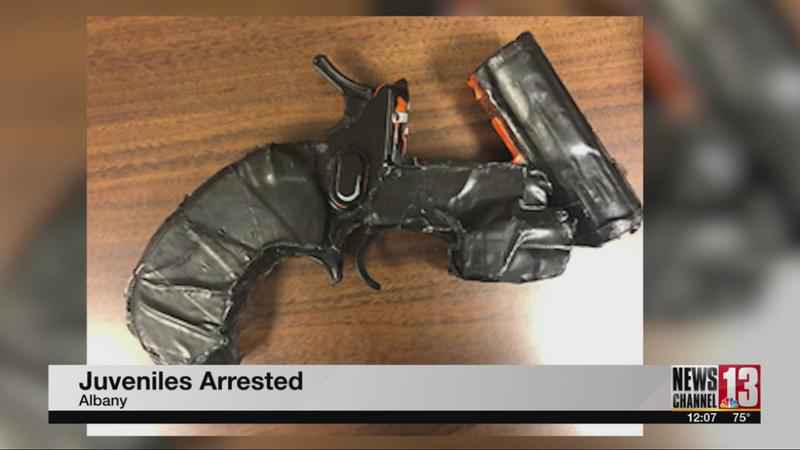