Kids from Afghanistan land in Albany after emotional reunion with mom

A mother who fled from Afghanistan was reunited with her children Sunday night in Washington. The family arrived Monday afternoon at Albany International Airport.

The children hid in Kabul for several weeks, fearing retaliation by the Taliban because their father had assisted American troops.

When NewsChannel 13 first met Suneeta, she was praying her four children, ages 7 to 17, would be rescued from the chaos in Afghanistan.

Her husband once assisted U.S. forces and disappeared back in 2013, feared murdered for that help.

Her husband’s brother took the children from her, permissible by local custom. 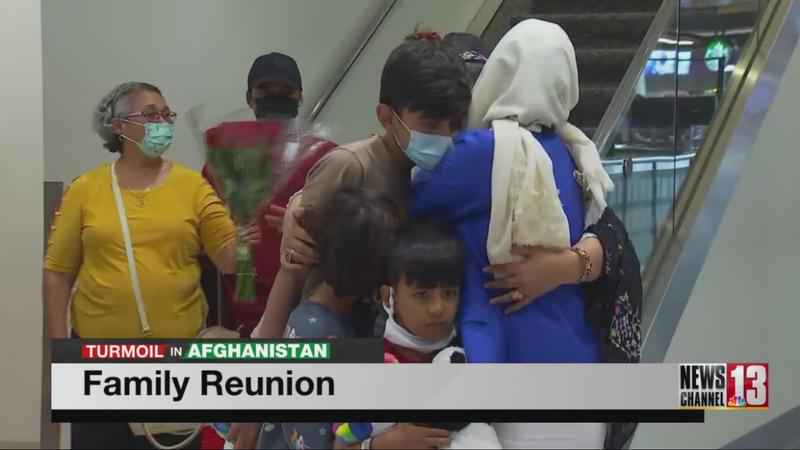 Suneeta came to the U.S., hopeful for a better outcome. She’ll finally have it, thanks in large part to a man she’s never met.

That man is Alex Plitsas. He was once a special ops team leader in Iraq. Now he does defense work in the private sector.

When he learned of Suneeta’s plight, he drew on all of his experiences to bring her family back together.

"We kind of served as natural middlemen," said Plitsas.

Quite literally armed with his cellphone and a dry-erase board, he started working round the clock last Tuesday, coordinating the escape

of Suneeta’s children from their uncle, and covertly getting them to the Kabul airport and on a plane to safety.

Learn about how it all came together by watching the video of Jerry Gretzinger’s story.