Kinderhook holds 9/11 service on the 20th anniversary of attacks

The town of Kinderhook held its 9/11 candlelight service at Volunteer Park Saturday. A few people who were in New York City 20 years ago came to the ceremony.

Prior to Saturday’s ceremony, people gathered at Ichabod Crane Primary School. More than 13 fire companies along with other groups marched to volunteer park for the service. There was a moment of silence at the beginning of the ceremony.

A few of the speakers had personal ties to 9/11. One of those was Jeff Cox. He is an Environmental Conservation Officer for New York State. Cox says he was at home when the first plane hit. He then responded in his patrol car to the World Trade Center.

Cox says he had been on the job for just over a year, but says no amount of training could prepare him for what he would encounter that day.

"The people falling from the building, the sound of it hitting were terrible, so it was very disturbing to see," said Cox. 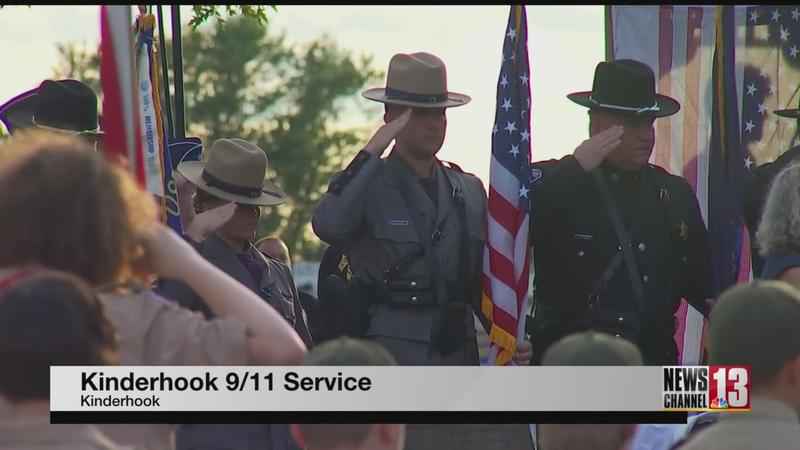 Cox says he was happy to see many youths in attendance. Many were not alive during 9/11. Cox says he wants to make sure the younger generation is educated about what happened.