A Kinderhook man is accused of raping a child.

Misael Chun Pastor, 36, is facing a slew of felony charges, including five counts of rape in the first-degree.

After police received a tip, investigators determined he sexually assaulted a child under the age of 13 on multiple occasions.

State police began searching for him Wednesday night and located and arrested him Thursday morning.

He is being held in Columbia County Jail without bail and is scheduled to be back in court on May 11. 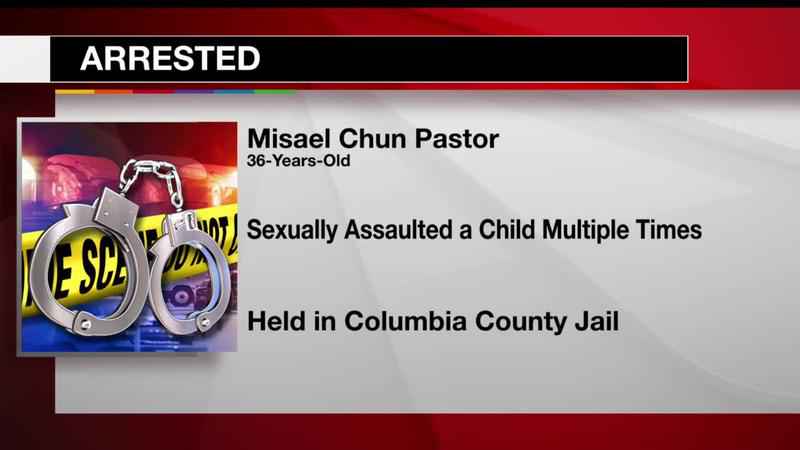