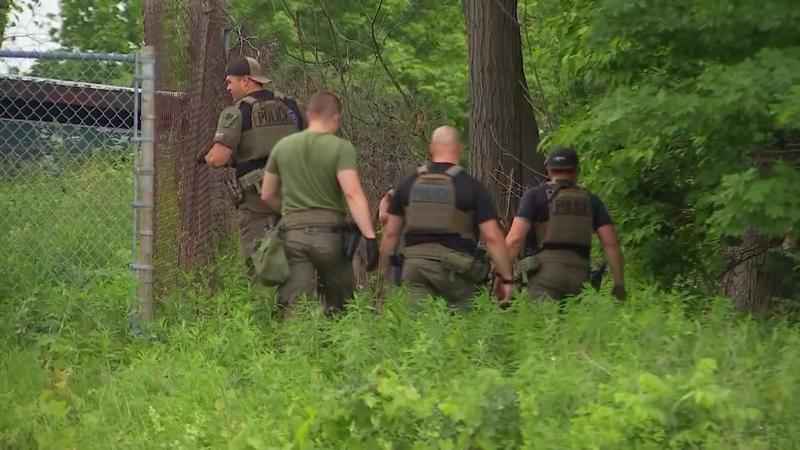 Police search the woods in Latham on Tuesday afternoon.[WNYT]

Police say a large police presence in Latham Tuesday afternoon started with a fight on a CDTA bus.

They tell NewsChannel 13 two people on the bus were fighting, when at least one displayed a gun.

The two people got off the bus at Latham Farms and continued to fight.

When police arrived, one person was already gone. They were found a short time later.

No shots were fired and no one was hurt.

Both men are now being treated at the hospital for non-life threatening injuries. Their relationship and what prompted the fight remain unclear.

A gun reported stolen out of Fulton County was also recovered.

Anyone who may have information can call 518-783-2754 or send an anonymous tip to Capital Region Crime Stoppers.