"It’s just nice to see the people that he touched in a positive way and as a family we’re just very, very thankful," said Mark Ambrosio, Mike’s son, who now coaches at cross town rival Shaker High. "I don’t know if this is something in his wildest dreams he’d ever think a field would be named after him. I know it’s certainly not anything that he would ever want."

Colonie Schools Superintendent Dr. David Perry says the tribute was something that had overwhelming support throughout the community.

"Everybody knew Coach Ambrosio and had positive things to say about him," Perry stated, "He was just a fantastic man, individual, and friend and we miss him to this day. This is a great way to honor his legacy and all the time he spent on behalf of Colonie athletics." 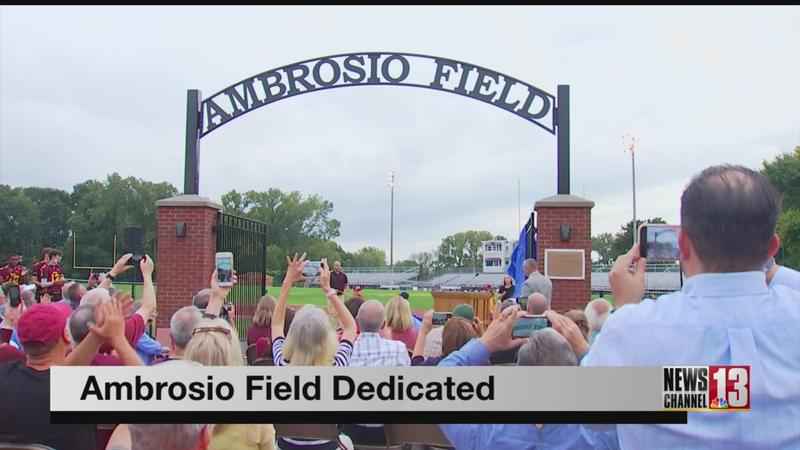 "To him, coaching was about setting the right set of values in his players," Norelli said, "That way we were better kids and better people."

"For the remainder of my career, and from the time moving forward, it will be my honor and the honor of everyone else to have an opportunity to coach on Mike Ambrosio Field," said Greg Bearup, the current Colonie coach and long time colleague of Coach "A".