Kathy Hochul grew up in Hamburg. She is one of six children.

She tells NewsChannel 13 sister station WGRZ in Buffalo that she spent her early years caring for her younger siblings and later helped her mom run a flower shop in town.

Hochul says she learned about service and compassion from her mom’s work with victims of domestic violence whom she often hired to work in the shop.

Her husband Bill says that empathy is what he loves about her.

"What I loved about her, though, is the same thing I continue to love about her. She is extremely passionate. She is a caring person such as I’ve never met before," said Bill. 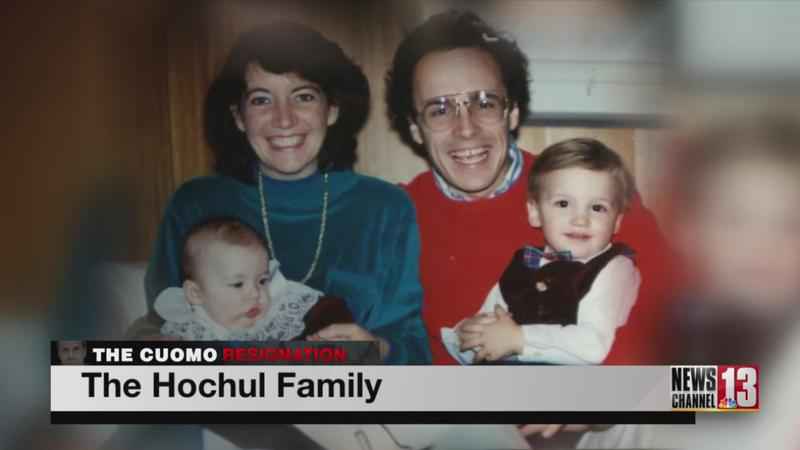 She met Bill in Albany while doing a summer internship at the Assembly while in law school. They married and have two children.

Mr. Hochul was the U.S. Attorney for western New York during the Obama administration.

On August 24, he will get a new title, first gentleman of New York state.