Left Behind: Albany neighborhood says they’ve been neglected for years

People are resilient. We bounce back from challenges. What if you spend your life trying to survive chronic neglect and poverty?

NewsChannel 13 decided to take a look at housing in the West Hill neighborhood in Albany and how that connects with the recent violence in the city.

If you look around Albany, you’ll see signs of improved infrastructure, new homes, a downtown with marquees that shimmer and this week, they’re even shooting a television crime series.

However, one Albany neighborhood hasn’t had anything to get excited about in years.

Imagine waking up every morning to decayed and deteriorating buildings littering your neighborhood. 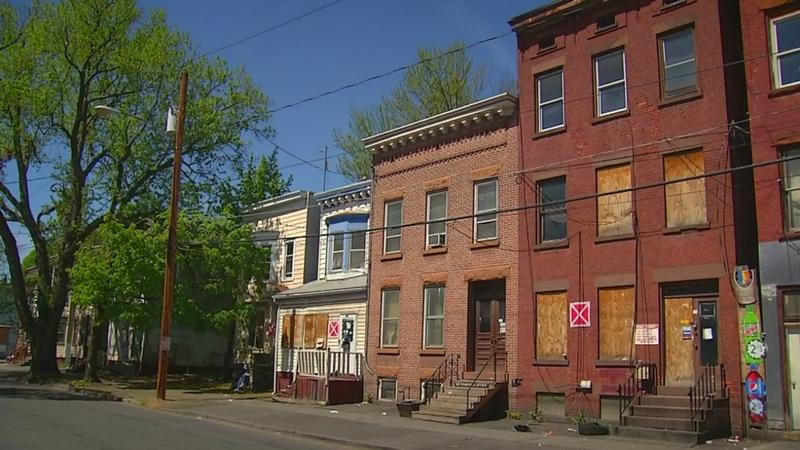 Those red "Xs" on structures that alert firefighters to potential dangers are next to you, across from you, surrounding you.

For people living in Albany’s West Hill Neighborhood, they don’t have to imagine these eyesores – this is their reality.

Some people say they’re frustrated, even embarrassed to have live in the West Hill area. However, they say they can’t afford anywhere else.

One man says he gets up every morning to sweep front of his apartment, but it doesn’t change the look of the neighborhood.

As much as people wanted to complain about it, no one wanted to go on camera. You might be surprised to learn this apparent apathy has a direct result to the conditions there.

In the city of Albany, there are 1,044 vacant buildings. Three-hundred of them are red "X" structures.

"I can only do what I can do, right? I became mayor, I recognize that there’s nobody here whose job it is to do this and we don’t have the money to do it," noted Sheehan.

Some might disagree. Only 12 individuals have purchased vacant buildings given those $50,000 grants. Most of those are outsiders. Only four people living in the community got grants.

"We want to make sure that these projects are being taken on by individuals who really understand what it takes," explained Sheehan.

Some residents believe this is really gentrification – encouragement to those outside the community to come in, build up and price those living there out.

"We’re a long, long way from gentrification," assured Sheehan. "Our preference is to provide this funding for residents."

What about those living in the apartments who may want to one day become homeowners?

"That is part of a broader effort that we have underway with respect to workforce development, connecting people to jobs, helping people to be able to have the resources to become homeowners," noted Sheehan.

"A lot of people don’t that think they have a future having a safe place to be," pointed out Ivy Morris, a health advocate who works with people in West Hill.

She says there’s a sense of hopelessness among the people there.

"When I speak to people that I know, the fact that there is no hope, that the people seem to have lost hope because they don’t have a voice," she explained.

Her interest in West Hill is personal. She grew up in one of the homes on 1st Street.

"It was thriving," she recalled. "Maybe it’s because I was a child, but it seemed safe."
People say they don’t feel safe anymore. When it comes to the problem of the vacant homes, the mayor’s correct that it started long before she took office. In fact, NewsChannel 13 found a survey from nearly 20 years ago. It said if something wasn’t done about vacant homes, it would create blight, decrease property values and encourage illegal activity. All three things have happened.

Recently, a young man was gunned down in the West Hill neighborhood.

The mayor says crime reduction plans have worked in other parts of the city.

"If you look back at what was happening over on Dana Avenue and over near Albany Medical Center, it was some of the highest crime call volumes anywhere in the city – and the community came together and they created a plan," pointed out Sheehan.

However, that didn’t happen in West Hill.

"The methods of community engagement that have worked in other communities didn’t work there," said Sheehan.

The disconnect between the city and residents there is palpable. However, Lisa Goode a counselor who specializes in urban grief says what should we expect?

"It’s a familiar term – post traumatic stress disorder. But it’s not post for the folks that are living in our neighborhoods. It’s continuous, it’s ongoing exposure to these chronic, traumatic elements," explained Goode.

"I get it, right? We have to be the ones that go above and beyond, because there have been decades of broken promises," acknowledged Sheehan.

NewsChannel 13 has spoken with several people who’ve said there is a correlation with some of the violence we are seeing and poverty.

We plan to continue with this discussion and will bring you more reports.