Last month, NewsChannel 13 looked at the impact blight has on people living in the West Hill neighborhood, of Albany. Now, we’re following up to see how crime is affecting that neighborhood — again asking what can be done to improve the lives of the people living there.

Your quality of life often depends on where you live. Usually, there are three basic ingredients to look at when determining if a neighborhood is a good one or a bad one — they are housing, jobs and crime.

Flashing police lights in West Hill are a regular occurrence.

"I think there are definitely negative consequences to being exposed to violence," said Dirk de Jong, assistant professor of social work at Siena College.

In fact, he says chronic crime and violence impacts a person’s view of the world. 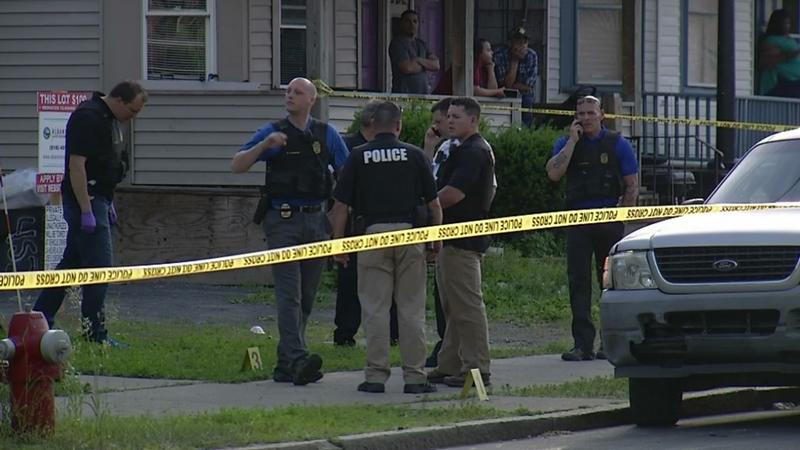 "It affects how you see society, it affects your social development," he explained. "If you’re exposed to it chronically, it normalizes it and it becomes part of how you think people interact."

"Approach it from that lens and say you know what, it’s not about what’s wrong with you. What happened to you and what can we do to support you," she advised.

Just how much crime are residents there dealing with? NewsChannel 13 investigated under the Freedom of Information Act. We tracked violent crime dating back five years.

From murders to rapes, robberies to aggravated assaults — crime has remained steady in West Hill from 2012-2017 — with more than 300 acts of violent crime or very close to that number each year.

This year already, according to the Albany Police Department’s new computer data portal, there have been 384 arrests, three murders and six assaults with a weapon in West Hill.

Over those five years, crime was the worst in the West Hill area.

So what is the solution? Any plan that looks at the issue of crime in terms of only law enforcement is a big mistake, says Professor de Jong.

"Crime and poverty are not accidental. Again, they are systemic issues. Crime is the symptom, not the cause," he pointed out.

"Urban grief is really looking at the losses that are unique to urban settings, particularly around violence, the high rates of health disparities, the high rates of poverty and the trauma that’s associated with that," she suggested.

These systematic problems reflect the deterioration of the neighborhood.

Just 10 minutes from West Hill is Pine Hills. It’s not an upscale area, but if you just look around the neighborhood, you’ll see there’s more investment from housing to businesses. The crime rate is much lower.

As of August 27, Albany Police Department says there were 95 arrests and no murders.

Albany Mayor Kathy Sheehan says she gets it and says she’s taking a holistic approach to fighting crime.

"Access to guns is something that we absolutely need to focus on. There are far too many illegal guns out there, but we also have to look at the supply side. Why is somebody choosing to pick up a gun? Why is somebody deciding that they need to have a gun in their life? What are the underlying causes of that? Sometimes, those are causes that are related to hopelessness, because they’ve disconnected. They either didn’t get the support that they needed to successfully graduate from high school, for example – or to access job readiness programs," explained Sheehan.

She says those job programs will offer a path to good jobs.