The limousine task force that was put together in the wake of the deadly limo crash in Schoharie held a public meeting in Albany Monday afternoon. The 2018 crash killed 20 people.

The task force was there to listen to the public and industry professionals and then take the questions they have and incorporate them into the group’s final safety recommendations.

David Brown is the President of Premiere Transportation and part of the 11-member task force. The task force heard from several professionals in the limo industry with their concerns Monday.

The task force is looking at how Prestige Limousine and Nauman Hussain, the Schoharie limo’s operator, got around regulations and whether rules need to be tightened.

Brown says the task force is looking at ways to make sure the Schoharie limo crash never happens again. They want to improve communication across regulatory agencies, which Brown said could have prevented the crash. They also want customers who rent a limo to have more tools like ratings and reviews that can help them pick a reputable company. 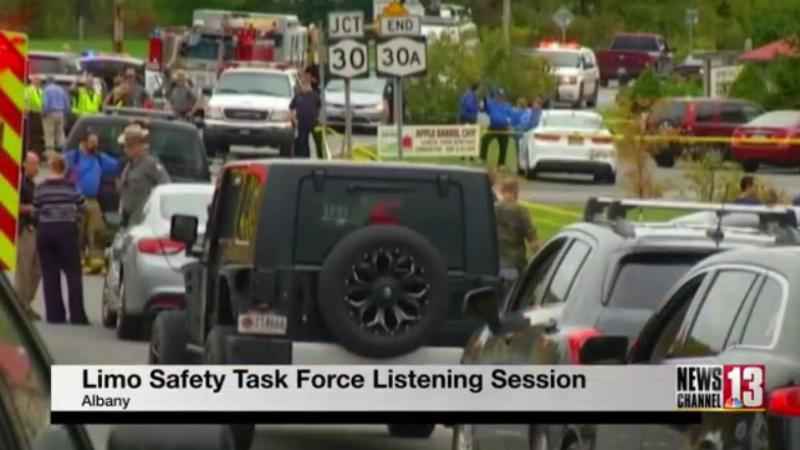 “What we are trying to do as a committee is make sure that these slip ups don’t happen again and to really scale down the chances of this happening again, making them miniscule,” Brown said.

They’re also balancing that with making sure safe businesses can still thrive.

“We don’t want to cut off the nose to spite the face. We want to ensure in the future that a bad guy like this will get caught and not have a lot of innocent people or do-gooders or the people that know how to run a business get hurt,” Brown explained.

The task force will deliver its recommendations to the governor and the legislature toward the end of 2022. It was originally scheduled to wrap up at the end of 2021, but was delayed.