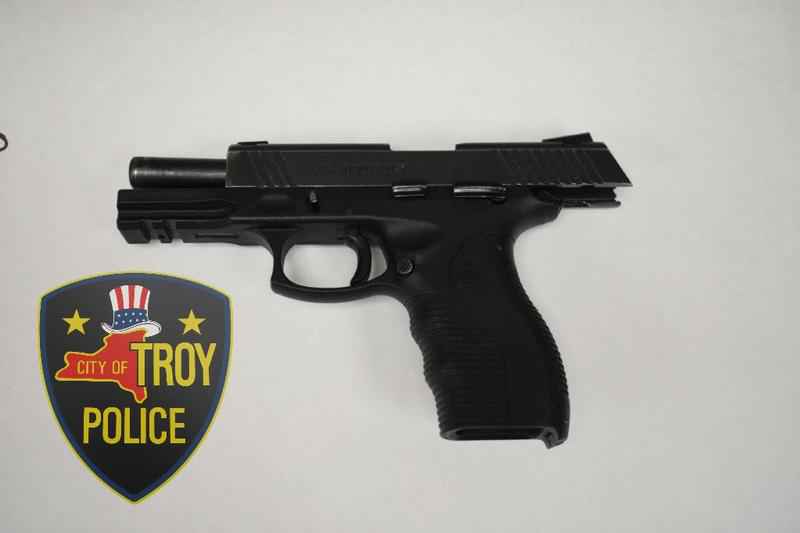 Troy Police arrest an adult male with an illegal handgun and drugs following an emergency call for a reported disturbance.

Around 2 a.m. Saturday morning Troy Police received a 911 call for a disturbance at a home on Jefferson Street in South Troy.

Upon arrival the officers found Orlando Hughes at the scene and learned he had an active warrant out of the City of Troy.

Hughes was arrested at the scene and was in possession of an illegal handgun and a substance that tested positive for the presence of MDMA, commonly known as Ecstasy. Hughes was taken to the Troy Police Central Station. He was processed and held pending an arraignment in City Court.