A man is dead from a self-inflicted gunshot wound after an eight-hour standoff with police.

Police say they responded to a home on Meadow Road Saturday night and found 59-year-old David Greenwood in a backyard, after he locked his girlfriend out of her own home.

Greenwood allegedly pointed a semi-automatic pistol at an officer, and then fired a round.

Police say Greenwood fired at officers about 10 times during the standoff.

No officers were injured, and police say the standoff ended when Greenwood turned the gun on himself. 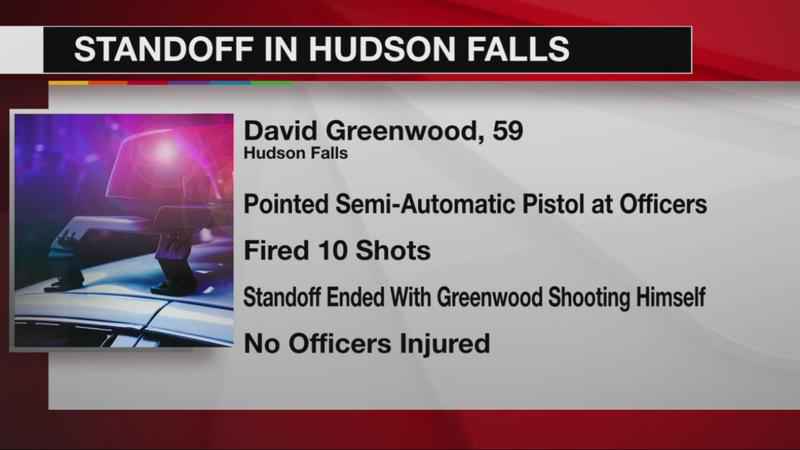 NewsChannel 13 is told no officers fired their weapons.

Investigators are looking into how Greenwood got the handgun. He does not have a pistol permit.