"I want to say I’m sorry for making everybody experience this thing," said Dennis Combs, 24, of Albany, the gunman who created much of the chaos described by the prosecutor.

Combs says he regrets everything he did on the evening of June 26, 2021. 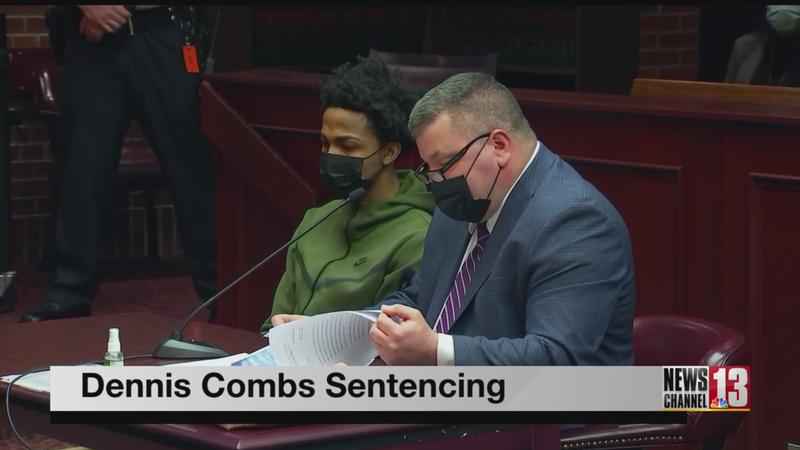 Surveillance video captured on street cameras shows a mob of people chasing a stabbing suspect west on Caroline Street and then catching up with him on Broadway, where the mob began beating and kicking him. As the attack spilled into the street, Combs is seen pulling a gun from his waistband, pointing it into the air, and then firing off some shots.

Swedick told the judge his client "had good intentions, but delivered it in the wrong way."

Even though the maximum penalty for second-degree weapons possession is 15 years, Combs worked out a plea agreement whereby he would get six to seven years.

Judge Jim Murphy had no choice other than to sentence Combs in that range.

"I think in this case, Mr. Combs admitted he’s guilty to the charge of criminal possession of a weapon, so in the court’s eyes he’s taken responsibility for his actions," Murphy stated.