Many questions remain in suspicious death of Cambridge High grad

The investigation into the suspicious death of 20-year-old Morgan Bates remains very active.

As NewsChannel 13 has been reporting, Bates was first reported missing in Washington County last month.

Her body was later found in Cherry Plain State Park, just miles from where she was possibly last seen in the Rensselaer County town of Petersburgh on February 22.

Bates was a graduate of Cambridge High School.

Police are not saying how she died. 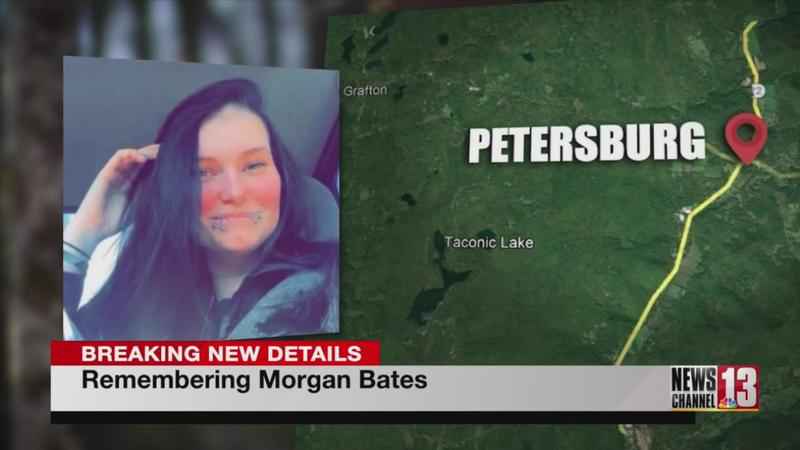 A relative tells NewsChannel 13 they knew something was up last week when they did not hear from her. She said that Bates was always good with communicating where she was going.

Police posted on social media that anyone with information should give them a call.