There was also a report of shots fired Sunday and a separate shooting Sunday night.

Albany Mayor Kathy Sheehan declared a state of emergency Friday. Then the police chief declared the bar a public safety nuisance and shut it down immediately and indefinitely. 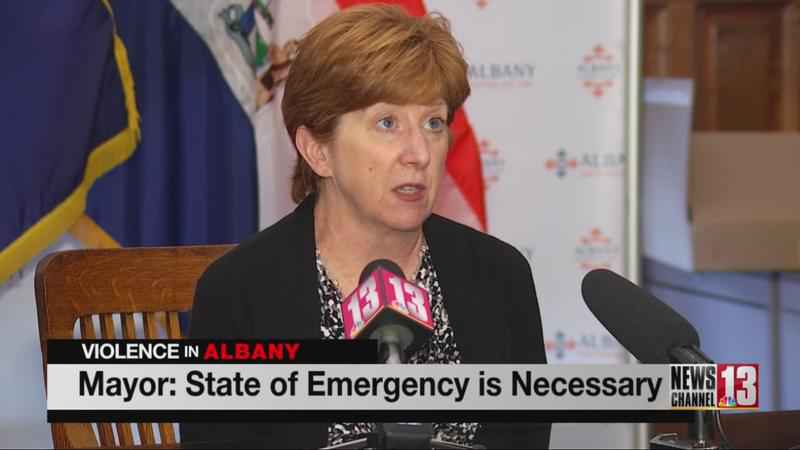 The state of emergency does away with the requirement for notice and a public hearing before a shutdown.

The mayor said they had expected the State Liquor Authority to take action.

"When the State Liquor Authority made it clear that they were not going to act immediately, we just couldn’t go another weekend of having an establishment that has really been a source of violence in the city to stay open," said Sheehan.

Talking to Albany @MayorSheehan right now about the state of emergency declared in response to gun violence, & the shutdown of a local bar that was deemed a trouble spot. Story tonight on Channel 13 pic.twitter.com/qkYnJYy8W1

The mayor says police have gotten more than 20 calls about the bar over the past three months.

The city has used the nuisance ordinance for trouble spots before.

Attorney Paul DerOhannesian says a municipality can declare a state of emergency, as we saw during COVID.

One issue here is the strength of the justification.

Hear him explain why by watching the video of Kumi Tucker’s story.