McDonald’s plans to "drastically" reduce the plastic in its Happy Meal toys worldwide by 2025.

The company, which sells more than 1 billion toys each year, says the new goal will reduce its use of virgin plastic by 90%.

The company already made the change in the U.K. and Ireland, where it only sells soft toys or books in its Happy Meals. 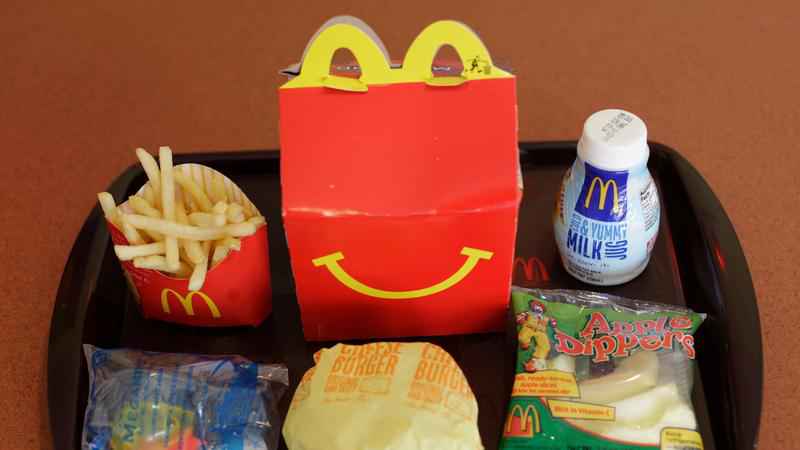 In this Nov. 8, 2010 file photo, a Happy Meal is seen at a McDonald's restaurant in San Francisco.[AP Photo / Eric Risberg, file]