STEPHENTOWN – Deep in Cherry Plain State Park, where the snow and ice are melting, there is a spot of vivid color among the trees. It’s a memorial filled with tiers of flowers and candles for Morgan Bates.

There are also a few tributes nearby.

There was a celebration of her life Saturday that drew hundreds of people.

She was just 20 years old, a Cambridge High School graduate who loved horses. She was the apple of her father’s eye. He says they were extremely close.

Her father, William Bates, wrote on Monday, "I sit here by my phone 24/7 just waiting for Morgan to text me saying good night, love you. Or texting me asking me for a ride to work or home. Or just to talk. I will never get that again." 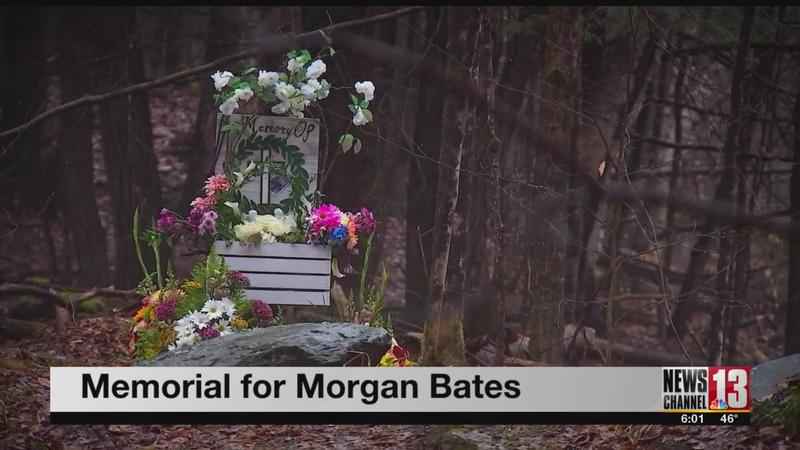 "Police met with family and friends and tried to piece together some different paths of where she may be, commenced a pretty significant search," said Rensselaer County District Attorney Mary Pat Donnelly.

Her body was found last week in a remote area in the woods.

Bates vows to fight for justice.

Ian Hasselwander, 22, is charged with murder, assault, strangulation and concealment of a human corpse.

Morgan Bates’ family is devastated to lose such a bright light, and on top of another big loss. Her mother passed away in January.

The plans are for Morgan and her mother to be buried in May, side by side, on the same day.