A local farmer has concerns on Prop 2 this election, which would add the right to clean air, clean water and a healthful environment to the state’s Bill of Rights.

Tom Nelson owns Dellavale Farm, a dairy farm in the town of Florida in Montgomery County.

He says clean air and clean water is vital to his business, but he has concerns about the proposition.
"It’s just basically too vague. They need to go back to the drawing board, put some definitions on it and bring it back," he said.

"A clean environment should be a priority for every New Yorker, but the vague Green Amendment would muddy the waters around good environmental policy. Voting yes will give the courts greater control to decide what is a "healthful environment," and in turn, diminish the public’s voice and the traditional legislative and regulatory processes that set public policy. This has potential implications for farmers who may face new legal challenges from anyone who disagrees with their farm practices, undermining strict, science-based environmental regulations already in place in New York State, and it could put right-to-farm laws in jeopardy that aim to protect family farms from nuisance lawsuits." 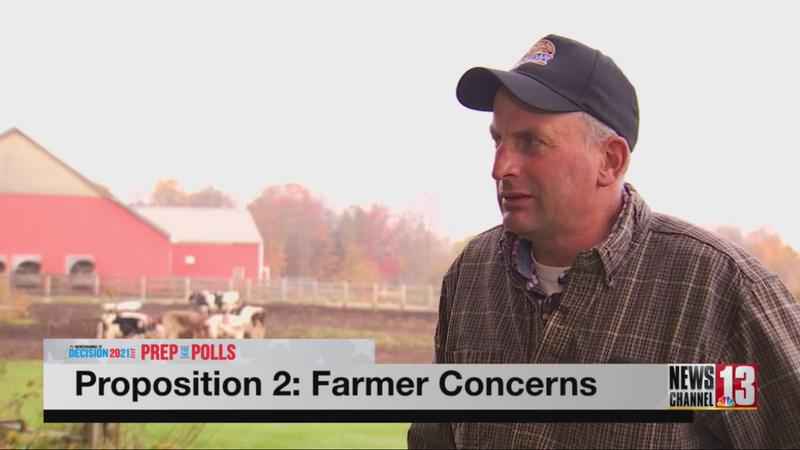 "We’re already regulated and what my fear is, is someone who doesn’t even live around here could decide that they don’t like what we’re doing and file a lawsuit against us," said Nelson.

Hear Nelson explain the possible long-term implications for farmers, who he says are already struggling to make ends meet in New York state, by watching the video of Faith King’s story.

Read about all the different ballot proposals here.