Milk was once a staple in many homes. The commercials from the ’50s, ’60s, and even the ’70s made a glass of whole milk look so delicious and healthy.

Then there was a transition to those famous "Got Milk?" ads that started in the ’90s.

The number of people drinking milk has significantly dropped, according to the United States Department of Agriculture. Every year, since 1975, the average person consumed 247 pounds of milk a year. That is a little more than a glass a day. In 2020, it was reported at 141. That’s about half a glass a day. 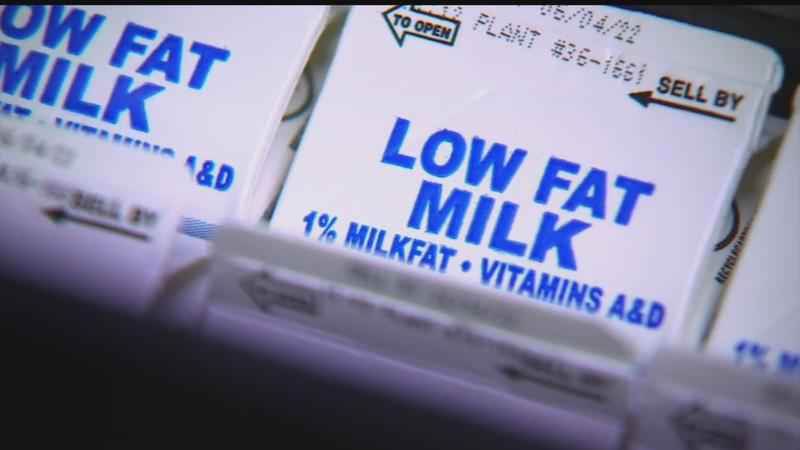 Kendra Smith-Howard, an agricultural historian at the University of Albany, said there are several reasons why it’s dropping.

"More food is consumed outside the home," she said. "People being on the go is a consideration, there are also some people in our population that don’t have the lactase enzyme that makes it possible for them to readily digest milk."

As the perception of milk starts to shift, skim milk started soaring.

"There’s some great imagery about diet culture in the ’50s and ’60s and how the milk industry itself promoted skim milk as a way to lose pounds at a time in which fast food is really taking off," Smith-Howard said.

Dietary changes and body consciousness continued in popular culture in the ’90s and milk alternatives started to pop up.

Then came a federal health movement in 2010, led by former First Lady Michelle Obama, to fight child obesity. The movement made many strides, but it essentially bans whole milk and 2% milk from the majority of public schools. Local dairy farmers say this hurt them.

"This is our livelihood. This is our industry," Diefendorf said. "If they can’t get it in school, they’re getting watered down milk is what we feel."

13 Investigates did reach out to the Obama administration for comment, but have not heard back.

Is whole milk bad for you? 13 Investigates spoke to a dietitian that shed some light on this issue. Watch NewsChannel 13 on Tuesday, June 7 starting at 5 a.m. and throughout the day to see that part of the story.