Through tears, a Capitol Region mother embraced her children, finally in the United States after 8 long years.

Suneeta—who didn’t want her full name published due to safety concerns – said she’s been trying to rescue her family from her husband’s brother. He took the kids from her — permissible by local laws – after her husband disappeared in 2013. He helped U.S. troops in Afghanistan.

But today, Suneeta and her family arrived to a crowd of people at the Albany International Airport.

“That was the last flight and that was last chance,” Suneeta said of her children’s escape. “We couldn’t lose that; we didn’t have any choice after that.”

Attorney Sara Lowry, with the United States Committee for Refugees and Immigrants, said she worked day and night to help make this happen.

“This is the biggest thing I’ve ever done in my life with the help of so many other people,” Lowry said.

But she said she grieves for her clients who didn’t make it out.


“It’s just the tragedy that so many of my clients, so many people that we were working for, did not make it out and that’s not lost on us,” Lowry said.

Suneeta said while she is immensely grateful for her family, she fears for her people.

“I’m worried about the people — all the girls and women of Afghanistan,” Suneeta said. “They’re not allowed to go out.”

She said she hopes something can be done.

“Afghanistan culture is different than here — men are over women,” Suneeta said. “They don’t let them go out, work or study.”

Lowry said the next steps for Suneeta’s family is to get green cards for the children, social security numbers, health care, and housing. 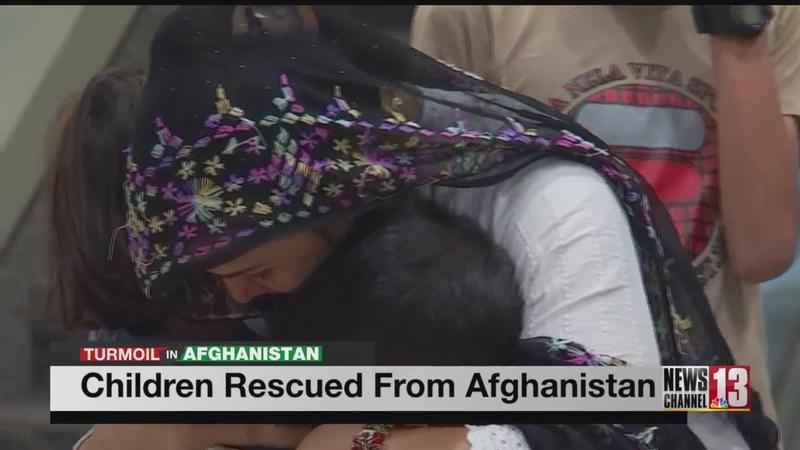