The crash happened just before 1 p.m. Monday on State Route 43 and Lape Road.

Police say a dump truck hit another vehicle from behind, pushing it into oncoming traffic.

The dump truck then overturned, spilling all over the roadway. 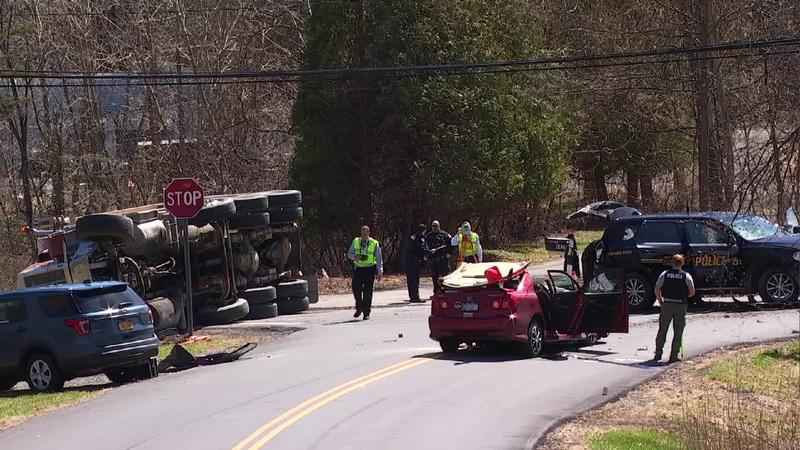 Multiple people were hurt in a crash on State Route 43 in North Greenbush on Monday.[Alex Clarey / WNYT]

Four people were injured. They were all taken to Albany Med.

One person was seriously injured, but police say the injuries don’t seem to be life-threatening.

There is no word on what caused the crash.