MECHANICVILLE – There are more questions in Mechanicville, less than 24 hours after the Board of Education changed superintendents in the middle of the school year.

Kevin Kolakowski is "in" and Bruce Potter is "out" as the district’s top school official.

There are a whole lot of people in this community who are sworn to secrecy and can’t say a word about why Potter abruptly resigned.

Potter was placed on administrative leave earlier this month for reasons the school district still hasn’t made clear. 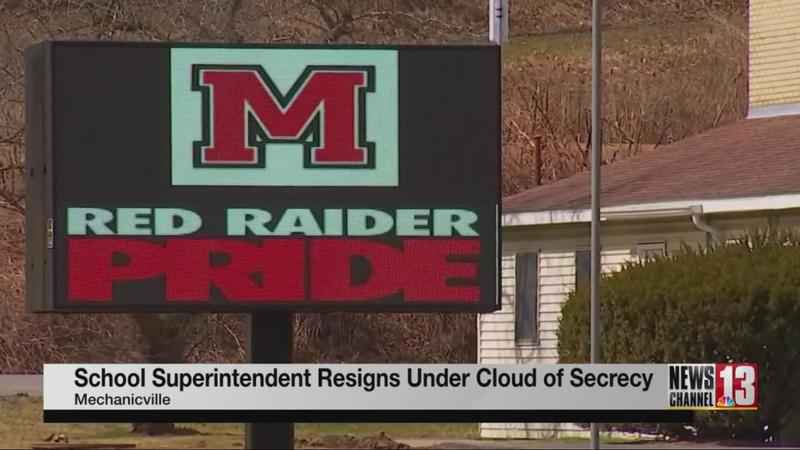 He served the district since July 2019.

The Board of Education voted unanimously Monday to accept Potter’s resignation.

When NewsChannel 13 reached him by phone Tuesday, he said he wishes there was something he could say, but that a settlement agreement with the district prevents him from making any public comments.

Mechanicville School Board President Marlene Tierney issued a statement saying the district will begin looking for a permanent superintendent among inside candidates, and if none is found, will expand the search.

In the meantime, Kevin Kolakowski was unanimously voted in Monday night to serve as interim superintendent.

He’s been with the district for nearly 13 years, previously serving as principal of the junior/senior high school.

Kolakowski said he is also limited as to what he can say publically.

However, you can hear what he is saying about taking over the top job for now by watching the video of Dan Levy’s story.