A teacher accused of putting a hidden camera in a faulty bathroom in the South Colonie School District is facing more charges.

He was first arrested back on February 14.

It recorded school staff members in the bathroom at Sand Creek Middle School. 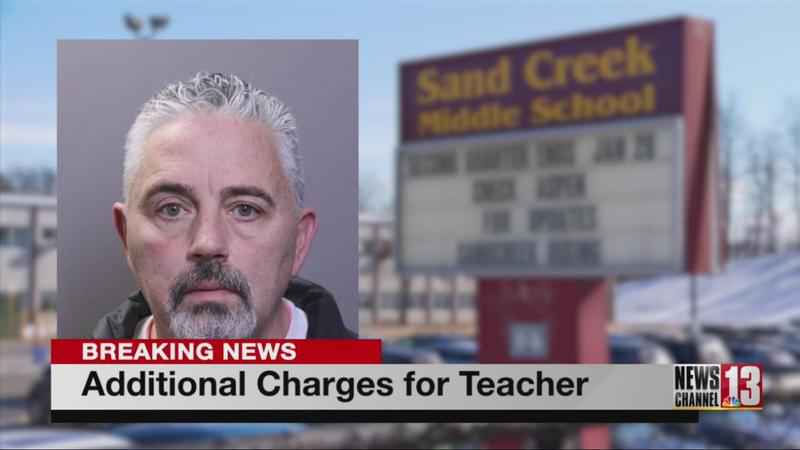 All victims have been notified.

Police say there are no implications to any schools or businesses.

Morgan is on administrative leave from the South Colonie School District.