An Albany County sheriff’s deputy, Rabadi’s father, and Rabadi’s wife Elana Radin were all at the house together.

When they arrived at the house, the windows and doors in the back were closed, but the front door was unlocked. According to the documents, Rabadi’s father wanted to know what was going on and opened the door to the garage, so he could go inside the house, but the deputy instructed him to stay outside. The father entered the garage, and immediately began yelling.

The report says Rabadi was laying face down on the garage floor, with his hands tied behind his back. His jacket looked as if it had been pulled down around his shoulder, and he didn’t have shoes on. After hearing the yelling, the deputy and Radin ran into the garage. Radin checked Rabadi’s pulse, and the deputy attempted to remove the wife and father from the house, so they could secure the scene.

The report says there were visible cuts on Rabadi’s neck and face. 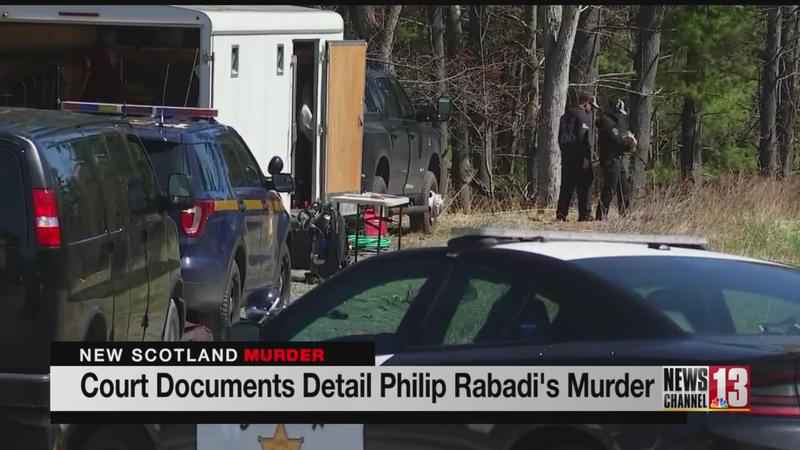 The deputy also mentioned the half bath sink and master bath sink faucets were all turned on. The master bedroom sink was overflowing on to the floor, creating pools of water. Blood was visible on the facet in the half bathroom.

When questioned, Radin says she left the house around 6:52 a.m. and her husband was still sleep.

In a written statement, a neighbor walking her dog around 7 a.m. says she saw a man wearing dark clothing, a surgical mask, and a covering over his head. The witness said the man was approximately 5 feet 7 inches to 5 feet 8 inches tall, lean, and slim.

She notes, "I thought it was odd because he wasn’t dressed like a contractor and was wearing casual clothes."

From the evidence gathered, police say the murder took place between 7:37 and 7:55 a.m.