Saratoga Springs is giving people another reason to visit.

Fans of live music have another option in the beautifully restored Universal Preservation Hall.

UPH, as it’s known, opened to rave reviews at the end of February 2020, but because of COVID, had to close down just 10 days later.

Now, the 150-year-old church turned theater in the round, is back up and running and booking performances from Max Weinberg, Howard Jones and Storm Large. 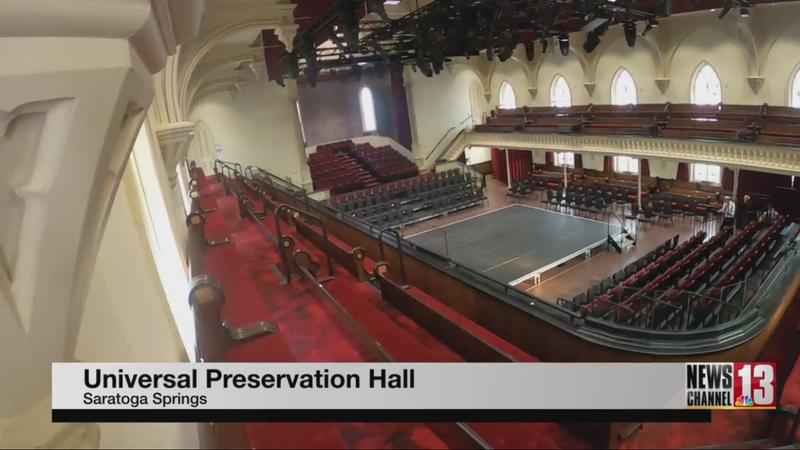 "It is and is going to be very important to the long-term economic good health of Saratoga," said Teddy Foster, the director of UPH. "It’s something that was needed downtown for a really long time. We needed a downtown cultural center, we needed a venue for the performing arts in downtown, that was year-round and now that we’re back up and running, we will provide that, and help the city thrive."

Hear more about the excitement city leaders and businesses have with the reopening, by watching the video of Mark Mulholland’s story.