The New York State Police is dealing with a lack of diversity in its ranks.

The majority of the state troopers are white men. New York State Police say they want people from all different backgrounds to join their team. They are trying something different this year as they recruit people to take the upcoming exam.

It was 17 years ago, New York State Police Captain Ricky Williams was in the barbershop getting a haircut. Williams was in grad school studying history and didn’t know what he wanted to do. His barber had an idea.

"He recommended the state police. He said that he knew a captain from the State Police. He cuts his hair," recalled Williams. 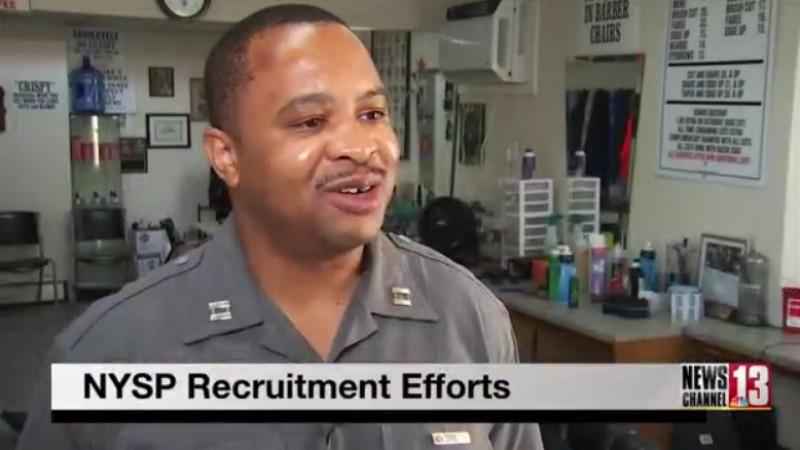 Williams and the captain eventually met each other the barbershop.

"So my barber seeing us here together gets a little excited, and he says ‘Hey D this is the kid I was telling you about’ and obviously he was referring to me and the rest is history," said Williams.

The trooper is hoping they can recruit people similarly.

Learn how the effort is expanding beyond barbershops by watching the video of Jonathan Hunter’s story.

You can apply now to take the exam, which will be administered from January to April 2022. Candidates can choose where and when they take the exam, from a list of more than 250 testing locations across the US and 112 military locations around the world.