States around the country are watching to see what happens with the new vaccine mandate, as New York leads the way.

Speaking downstate Monday, Gov. Kathy Hochul made it clear that she is holding firm.

"Can’t we just say that that is a basic right that everyone has to know that they’ll be safe when they enter a healthcare facility, or you have your elderly parents or grandparents in a nursing home, that they will not get sick because of someone who’s charged with their care?"

She’s signing an executive order that gives her emergency powers to address staffing shortages where they occur, if workers stay out or are kept out. 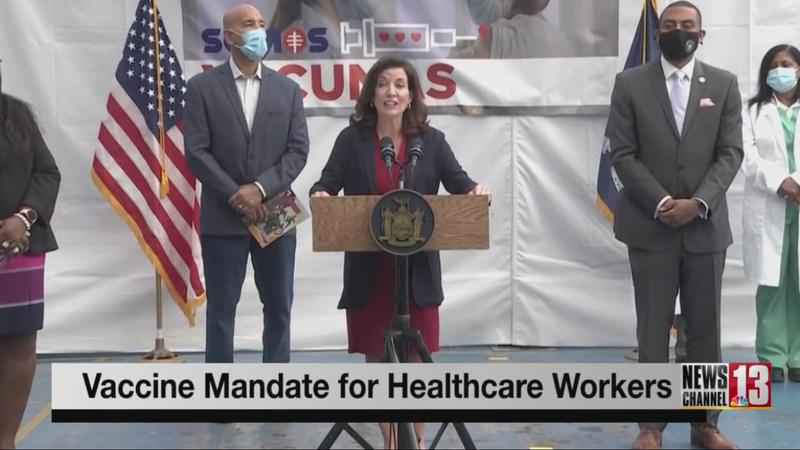 There are legal challenges, including one on behalf of some medical workers, on the basis that a religious exemption is not being considered.

The issue is a complicated one. O’Connell and Aronowitz Law Firm Senior Partner Neil Murray specializes in healthcare.

"Even if you’re able to establish that you qualify for the exemption, that doesn’t automatically give you a ticket to work," said Murray. "If working, if an employer can’t accommodate your religious exemption without exposing those patients, then the religious exemption would fall by the wayside."

Murray says patients have rights, too.

"And the issue there is the exercise of your religious freedom extends only so far. But if it impinges upon my safety, that’s a different question. And that’s why there’s a balancing act here which the courts are going to have to resolve."