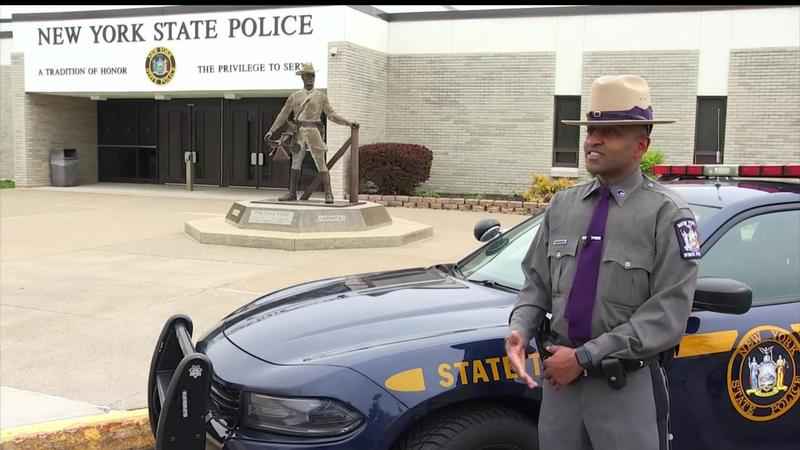 The recent surge in hate crimes against the Asian community has been well documented.

The leaders of the New York State Police say part of the solution for the AAPI community is to become the change they want to see.

The state police recently completed one of the most ambitious recruitment campaigns in its history. The goal was to increase diversity – make the long gray line less white – and it appears to have worked.

Here’s the breakdown of those who took the state trooper test in 2017:

Here’s the breakdown of those who took the state trooper test in 2022.

More people who are Hispanic, Black or Asian took the test this year. The percentage of Pacific Islanders remained about the same.

"I’m very passionate about recruitment. I understand as an agency, we need to diversify our agency," Williams said. "Superintendent Bruen, he set it as a priority. The priority being diversifying our agency. And the first step of that is to diversify our applicant pool."

They advertised on social media and sent recruitment teams into communities where minorities live.

"By bringing that message of service to the AAPI community and having them see this job as a vehicle to bring change to their community, and a semblance of safety, I think that’s what really resonated," Williams said.

For Trooper Farhan Khan, whose parents are from Pakistan, his recruitment was a little different. It happened while he was waiting tables at Outback Steakhouse in Colonie. He happened to be waiting on a state police recruiter.

"He asked me what my background was, and I told him I just graduated from Siena College, and he asked if I spoke any other languages, and I was like, yeah, besides English, I speak two more languages," Khan said. "We got to talking, he said, ‘Hey, you’d be a great asset to the state police. ‘"

Farhan signed up to take the test and has been on the job nine years.

Because he can speak Urdu and Punjabi, he’s often called when investigators need to connect with a victim. After a double murder-suicide in Schodack last year, Khan was brought in to speak to the survivor.

"She just felt more comfortable talking in the native language, to give more information out," Khan said. "And she also knew I kind of understood the culture. So that trust was built there."

When Khan graduated from Colonie High School in 1999 there were few people there who looked like him, but that’s changed significantly in the past two decades, and he’s proud the state is trying to attract candidates who mirror that diversity.