NY to eliminate jail time for most minor parole violations

The “Less is More” law will take effect in March and largely eliminates New York’s practice of incarcerating people for technical parole violations, including being late to an appointment with a parole officer, missing curfew, changing a residence without approval, and failing to attend a mandated program.

Supporters say that New York has one of the nation’s highest rates of incarcerating people for technical parole violations, and that the practice is costly and fuels the cycle of people landing behind bars again after serving their time.

Individuals accused of a violation can be immediately jailed and held up to 105 days while awaiting hearings. A year of incarceration for one individual costs nearly $61,000.

And the move means that thousands of New Yorkers who are behind bars for technical parole violations will eventually be eligible for release. New York City Mayor Bill de Blasio said the city will be releasing “hundreds and hundreds of people the right way.” 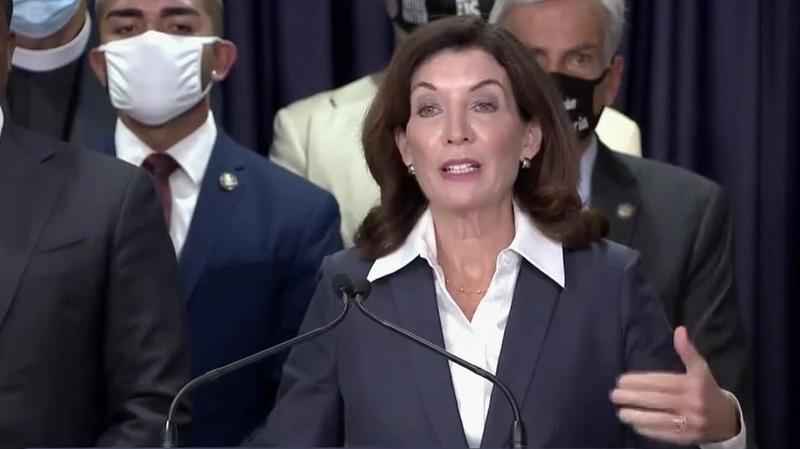 The governor said she’s going to sign off Friday on the release of 191 inmates from New York City’s notorious Rikers Island jail complex, troubled by years of neglect.

“They have served their sentences under the dictates of the new Less is More, but they shouldn’t have to wait until the enactment date,” Hochul said.

Lt. Gov. Brian Benjamin sponsored the legislation, which has exceptions for parole violations that could endanger public safety, including if someone incarcerated for driving under the influence then went out driving.

People could also receive “earned time credits” to encourage positive behavior and would have the right to counsel during the parole revocation process.

Republicans, who are a minority in the Legislature, have accused Democrats of focusing more on perpetrators of crimes than victims.

Lawmakers passed the legislation in June.