NYSTEC donates $1,000 to Lansingburgh man who collects bottles and cans for veterans

LANSINGBURGH — 82-year-old John Renas is out every day collecting bottles and cans.

He uses the money from returning them to buy socks for veterans.

He endures all kinds of weather, as well as some unkind comments.

"Like I say, you do take some abuse, too, from people, you know, but I let that go by," said Renas. "I say I know what I’m doing. In my heart I feel deeply for the vets. I’ve got to do this for them." 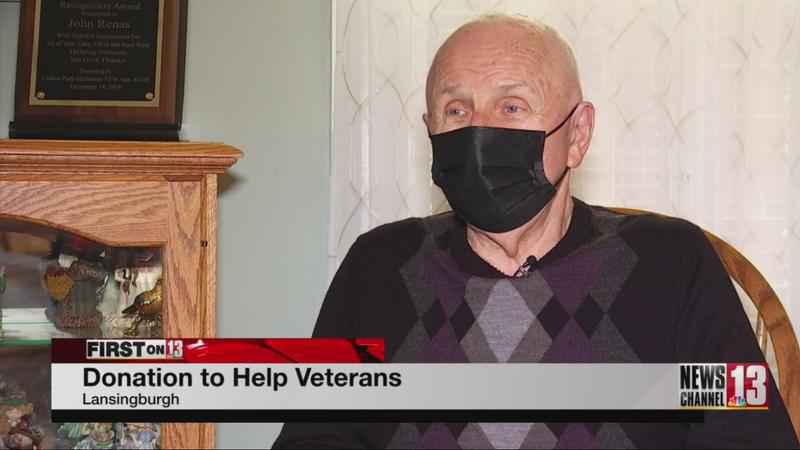 We first reported on Renas in November. Our story got a lot of attention.

"We at NYSTEC really like to make the impacts in where we live and work, and this was employee driven," said Owens. "We had a team member who saw the story that you put out earlier, and decided around Giving Tuesday that he wanted to rally his team."

"It did inspire him! That’s tremendous," said Renas. "I’m sort of a quiet man. I don’t want any attention. I want to do things because of who I’m helping."

Renas says it’s gotten a little tougher to do all the work in the cold temperatures, and these days, he uses the car more than walking and carrying. But support like this gives him a lift.

He’s a humble man who agreed to the first story, in part because his family said it might lead to similar acts. Now he sees how it has.

Owens hopes this, in turn, inspires others.

"There are a lot of opportunities to support veterans and we really need to take the time to do so."