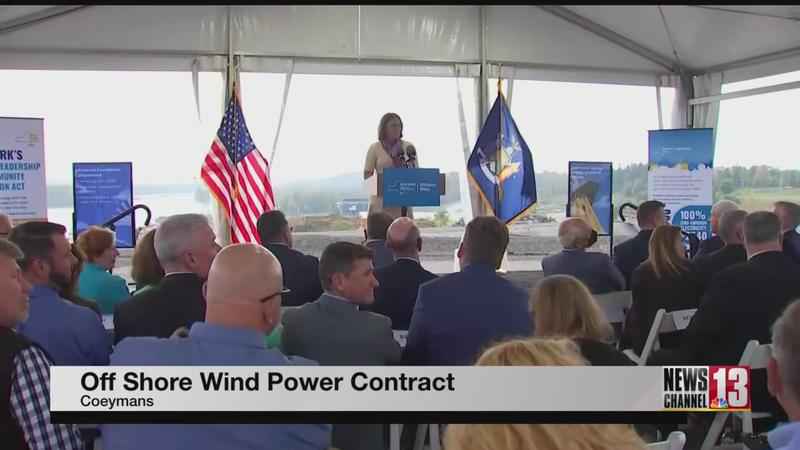 COEYMANS – Democratic leaders from around the state are announcing the state’s largest offshore wind supply contract, which they say is creating hundreds of jobs in our area.

Lawmakers, along with NYSERDA, made the announcement at the Port of Coeymans.

The contract is worth $86 million.

Lawmakers say it will create more than 200 jobs in the Capital Region and Western New York.

The new jobs at the port will help manufacture parts of the wind turbines that are installed offshore.

This step is part of the Climate Leadership and Community Protection Act set out by the state to create 9,000 megawatts of offshore wind by 2035. That’s enough to power about six-million homes.

Learn about why those behind the project say it’s so important by watching the video.