ONLY ON 13: Family of young boat crash victim opposes parole

A little girl torn apart and killed by the propeller of a boat, and the man responsible speeds off in the dark of night. It’s been five and half years since Alex West caused the death of Charlotte McCue.

As West seeks release from prison, McCue’s family is only sharing their heartbreaking story with NewsChannel 13.

Returning from a family cruise on Lake George, and out of nowhere a speedboat drives over the top of their wooden boat where Knarr’s daughter, Courtney, was sitting with his sleeping granddaughter, Charlotte. 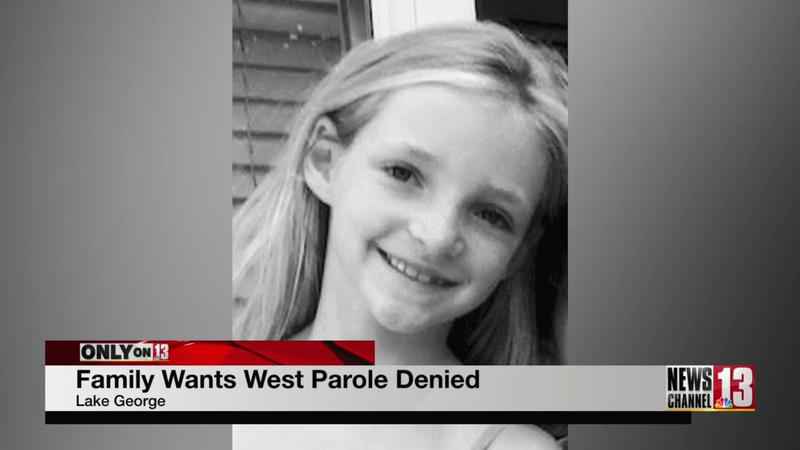 "Just imagine, if this was you, holding your granddaughter," said Knarr.
Charlotte, a bubbly bright 8-year-old and an elite gymnast, was killed. Her mom badly injured.

As that’s happening, the boat that hit them is speeding away. Its driver and passengers, who’d been partying all day at Log Bay Day, never stopped to help, and never called 911.

West was that driver. After avoiding police for nearly 12 hours, he was arrested and pleaded not guilty to manslaughter and several other charges.

West appealed, trying six times to overturn his conviction, but not once apologizing to his victims.

West has served four and a half years of his 5 to 15 year sentence.

With his parole hearing coming up Dec. 6, he wrote a letter to the Knarr and McCue families from prison, saying in part, "What happened was untimely and unfair for your family."

"So he’s gone four years with no letter and no apology and now they tell him there’s a possibility you get out but you haven’t written your letter? Oh, okay," said York.

"Maybe I would consider forgiving if I thought there was some compassion, but I think it’s too raw for me right now," said Knarr.

The Knarrs no longer have the wooden boat. They say it was too painful to have around as a reminder, and they rarely go out on the lake and never at night. However, they bring flowers to the crash scene every July 25.

Charlotte would be turning 14 next month. Her big sister Madison recently celebrated her 16th birthday. Courtney told her dad there was someone really important missing from the big event.

Charlotte can’t come back and the Knarrs want West to stay right where he is.

"We’re begging the parole board, make him stay," said Knarr.

VIDEO: Former sheriff on why West needs to stay behind bars

The Knarr and McCue families aren’t allowed to attend West’s parole hearing, but they’ve submitted letters and a video to the parole board.