As we told you First on 13 back in December, Alex West, the man convicted of driving his boat over the top of a family on Lake George, killing a little girl, was denied parole. Now, NewsChannel 13 is learning exactly what happened at West’s parole hearing.

Through the Freedom of Information Law, we got a copy of the transcript. It’s about 45 pages long and, for the first time, it tells us what West was thinking the night he caused the fatal crash.

West was under the influence of alcohol and drugs when he caused the boat crash that took the life of 8-year-old Charlotte McCue.

He was tried and convicted of manslaughter and sentenced to 5 to 15 years in prison. After serving 4 ½ years, he went before the parole board in December. 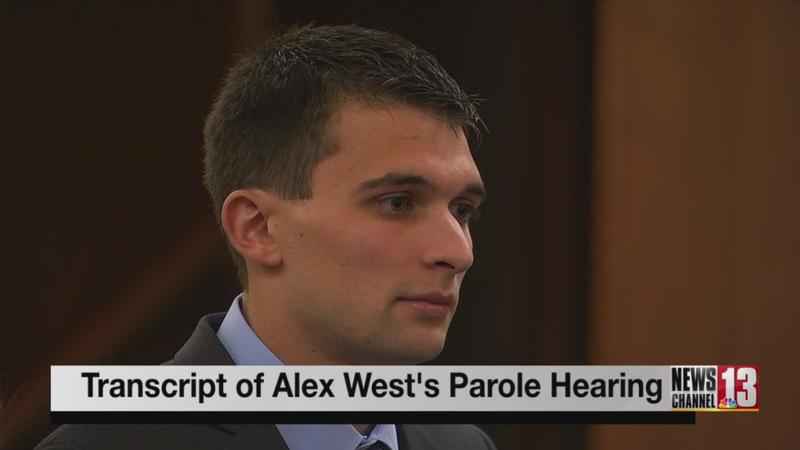 Three commissioners take turns questioning West about the events of July 25, 2016. They asked him how he could have hit the Knarr and McCue families, who were innocently returning from a leisurely after dinner cruise.

They also questioned him about his multiple appeals to try to get his conviction overturned.

Hear how West responded, and his victims’ thoughts on the parole hearing, by watching the video of Mark Mulholland’s story.

You can also read the full transcript here.