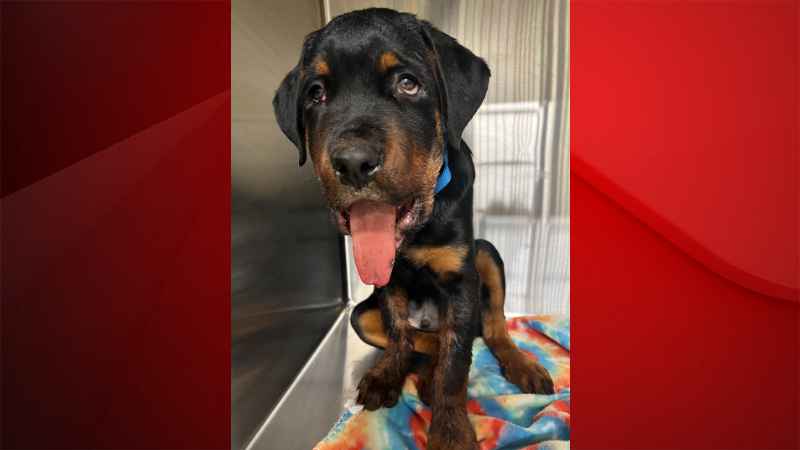 The search is underway for whoever apparently abused a puppy found in Troy. The puppy, now named Deniro, is now at the Mohawk Hudson Humane Society.

They say he was found by someone near RPI on Monday, who heard whimpering, and found the dog in a box at a gas station.

He had a fractured jaw, broken ribs, and his chest and legs were caked in drool and dried blood. His jowls were also swollen and there was a foul smell coming from his mouth.

Shelter staff say it appears the animal was abused more than once.

Anyone with information should call (518) 434-8128, extension 203 and leave a detailed message with call back information. You can also email animalcruelty@mohawkhumanesociety.org.

The shelter also wants people who live near RPI and in the Griswold Heights area to check their surveillance footage and doorbell cameras between Sunday, February 6 and Monday, February 7 at 1 p.m.