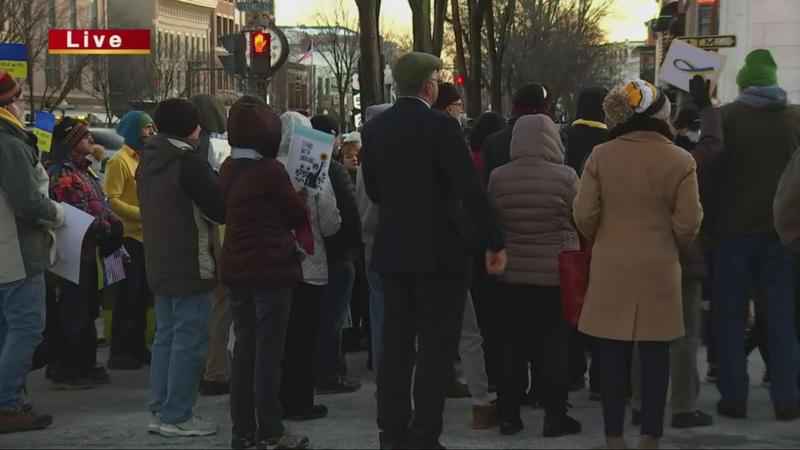 SARATOGA SPRINGS – More than one million people have now fled Ukraine as Russia’s military bombards key cities across that country.

In Saratoga Springs, there was a call on Thursday evening for peace and justice.

Thursday night, singing the national anthem of Ukraine, people joined together across the American aisles of politics for a greater message.

As thousands of refugees leave Ukraine, one woman is praying for her friends and their families staying behind in Kyiv.

Her friends told her the best way to put pressure on Russia to stop is to keep flooding social media with support for Ukraine. A war a world away has quickly become real for her here at home.

To combat feeling helpless, Adam Israel is headed to Poland to help refugees Sunday. NewsChannel 13 first told you about him Tuesday. His effort is taking off, and Thursday he collected hundreds of dollars and letters to take there—with messages of hope.

“We’re getting teachers who have kids to write cards, and obviously you can’t ask kids for $20, and you have people who just want to donate, so we actually are putting together the kids who are writing cards and then and people who are donating,” said Israel.

He’s also bringing combat tourniquets and blood bags, two of the most desperately needed items in Ukraine, he said.

If you’d like to offer a message of solidarity or hope to the people of Ukraine, you can do so by dropping off a letter to the Inn at Saratoga until Sunday at noon.