If you’ve tried to schedule a COVID test recently, you may have had to wait a few days to get one.

Whether it’s because kids are back in school or some COVID mandates require weekly testing for workers, demand for tests is way up.

Back in July, Central Avenue Pharmacy in Albany was conducting maybe 20 COVID tests a day.

During the height of the pandemic, they had to set a limit for themselves of 100 a day. They just didn’t have the staff to accommodate more. 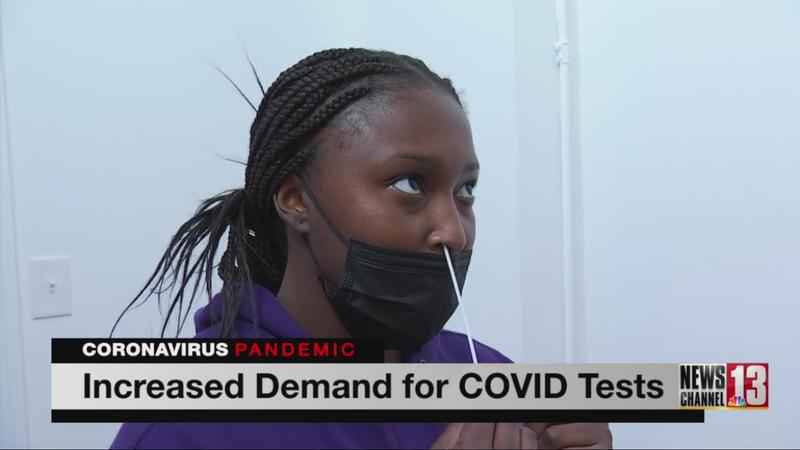 Suddenly over the last few weeks, more and more people have started coming in asking for tests. That’s pushing them up and over their limit.

"It has jumped significantly since July. We have seen a seven point increase in the number of people coming in for testing," said Sarah Walton, the Director of Pharmacy Operations. "It really is a major concern at this point."

She says equally concerning is that in July, they were seeing just two to five positives a week. Now it can be as high as 47.

It’s not just the unvaccinated. They’re seeing plenty of vaccinated people coming in wanting tests or needing them, and testing positive.

"The part that’s scariest is we see people coming in that are just here for travel documents and they test positive, because they’re not even thinking that’s a possibility. They’re getting ready to go on a trip somewhere, and suddenly they’re positive," said Walton.

It’s not just small pharmacies like Central Avenue that are seeing more people getting tested.

Learn about how difficult it can also be to get a COVID testing appointment at a big pharmacy chain such as CVS by watching the video of Jerry Gretzinger’s story.