Players, coach banned for life after fight in Halfmoon 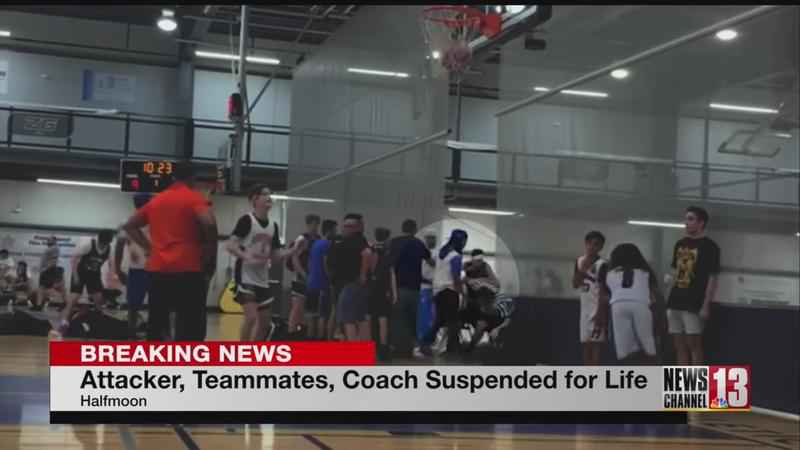 HALFMOON – The Saratoga Splash made quite a splash at the Impact Athletics Center in Halfmoon on Sunday night, but unfortunately it was for all the wrong reasons.

Everyone involved in the referee retaliation assault is permanently banned from basketball tournaments — both as players and spectators — by the sponsoring organization, Zero Gravity, which is owned by 3-Step.

NewsChannel 13 is withholding the names of the players and coaching staff at this time, since none has been charged with a crime.

State Police say they continue to investigate the incident.

Kean Toomey, who was officiating another game on an adjacent court and witnessed the assault, stopped his game in order to help his injured fellow official.

Toomey says he’s had trouble with the same team in the recent past, and he’s not the least bit surprised emotions boiled over the way they did.

"It’s not uncommon to see at an event that we have to tell a site supervisor that we just threw a coach out and that he needs to be gone for the day," Toomey said. "But then he’s back coaching the very next game within an hour. They just put them in a different section of the gym, which doesn’t solve the issue. They go and harass other officials."

Toomey says he won’t officiate any more summer basketball games sponsored by Zero Gravity until and unless he has assurances that trained security will be in place.