PITTSTOWN – It was early in the morning on June 9 when state police say 19-year-old Nathaniel Miller was shot and killed during a home invasion in Pittstown.

Police say three suspects ran from the scene on Jay Herrington Road, kicking off what would be a months long investigation.

"I’ll be honest with you, there wasn’t really an "aha" moment," explained Lt. Robert Appleton, with Troop G’s Bureau of Criminal Investigation. "It was really solid police work, some ingenuity by our investigators that just did an incredible job following up on leads and talking to people."

The rural location of the crime scene made it challenging for investigators. 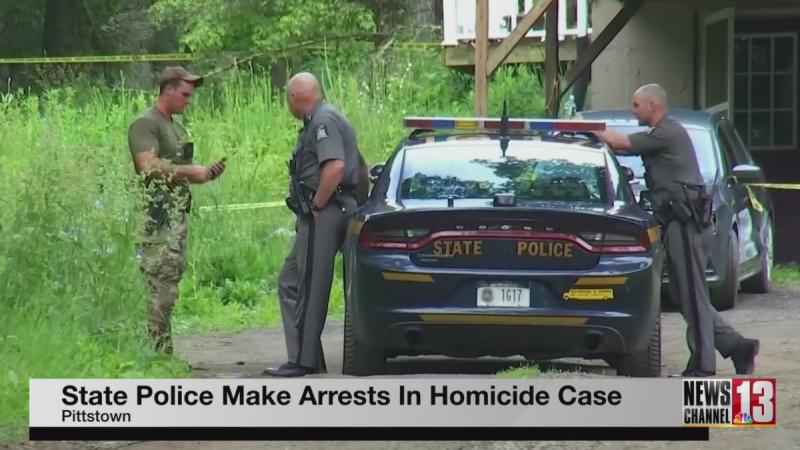 "The lack of street cameras, the lack of Ring doorbells, the lack of neighbors hearing what is going on, the lack of people being able to say that a car was coming down the road because it was such a remote area," explained Rensselaer County District Attorney Mary Pat Donnelly.

Investigators asked for the public’s help when they found a sweatshirt at the scene. They say the sweatshirt is now a piece of evidence.

At this point, investigators aren’t saying much about a motive, but they did say they believe this was a potential robbery and drug related. They also say there is some kind of connection between Miller and the three men, and there is no threat to the public.

The Rensselaer County DA and investigators say their work is far from over.

"We’re obviously checking into the reasons why these individuals from Schenectady would be in this very rural, very remote area," Donnelly said.

A preliminary hearing in the case is scheduled for this Friday.